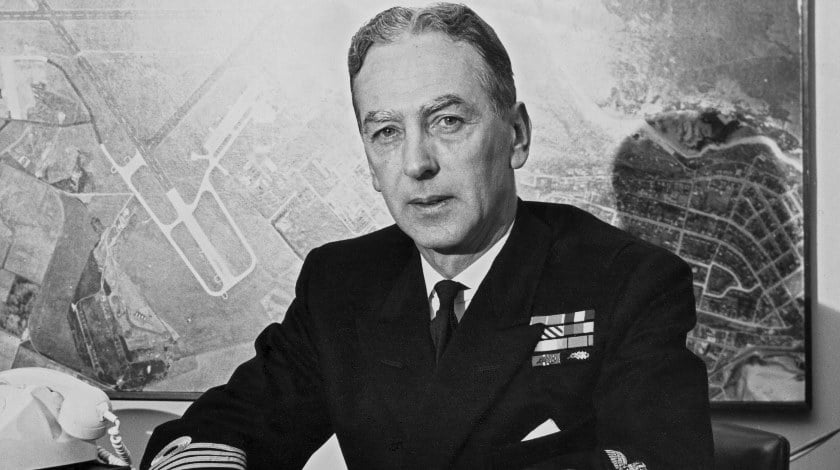 The Royal Navy’s most decorated pilot, Capt Eric “Winkle” Brownheld who held the world record for flying the greatest number of different types of aircraft – 487, has died at the age of 97.

During World War Two, Capt Brown, who was born in Leith in 1919, flew fighter aircraft and witnessed the liberation of Bergen Belsen concentration camp.

The pilot, who had been appointed MBE, OBE and CBE, died at East Surrey Hospital after a short illness.

A statement released by his family said: “It is with deep regret that the passing of Captain Eric Melrose Brown CBE DSC AFC is announced.

“Eric was the most decorated pilot of the Fleet Air Arm in which service he was universally known as ‘Winkle’ on account of his diminutive stature. He also held three absolute Guinness World Records, including for the number of aircraft carrier deck landings and types of aeroplane flown.”

Capt Brown was educated at Edinburgh’s Royal High School, before studying at the University of Edinburgh, where he learned to fly.

He had caught the bug for flying at the age of eight when his father, a pilot in the Royal Flying Corps during World War One, took him up in a bi-plane.

“There was no second seat, but I sat on his lap and he let me handle the stick,” he told the BBC in 2014. It was exhilarating. You saw the earth from a completely different standpoint.”

He retired from the Royal Navy in 1970 but became the director general of the British Helicopter Advisory Board and later the president of the Royal Aeronautical Society in 1982.

Capt Brown wrote numerous books of his own and forewords for other authors on the theme of aviation, before and after his retirement.

In March 2015 a bronze bust of him was unveiled at the Fleet Air Arm Museum in Somerset.

At his 97th birthday celebration in London on 27 January he was joined by more than 100 pilots, including the First Sea Lord, Admiral Sir George Zambellas.

In 2014 , the war veteran was picked as the subject for the 3,000th edition of Desert Island Discs, during which he was described by presenter Kirsty Young as a “real life hero” and a “remarkable, dare-devil”.

“When you read through his life story, it makes James Bond seem like a bit of a slacker,” she said.