Experts From China, UK and US Participate in Su-24 ‘Black Box’ Decoding 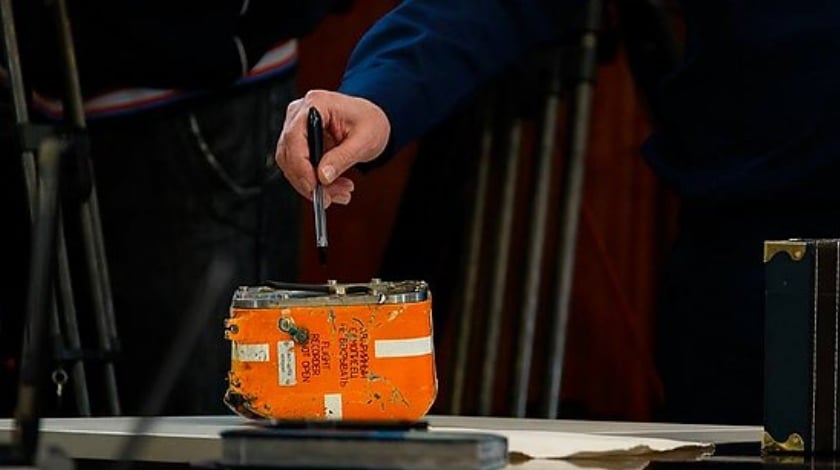 Experts from China, Great Britain and the US have participated in decoding of the flight recorder of the Russian Su-24 jet downed by Turkey over Syria, the Russian Defense Ministry said.

The decoding of the “black box” from a Russian warplane downed by Turkey is impossible with available means due to severe damage to internal memory boards and will require help from scientific institutions possessing advanced data retrieval and decoding technology, the Russian Defense Ministry said Monday.

“The readout of data from memory blocks is impossible at this point due to internal damages. The commission is studying the possibility of using the assistance of Russian specialized scientific institutions, which possess capability of reading data directly from the microchip,” Lt. Gen. Sergei Bainetov, head of the Defense Ministry’s flight safety department, said at a briefing in Moscow.

“Unfortunately, this work will take a rather long time, but we will do all we can to succeed,” Bainetov added.

Thirteen microcircuits of 16 are completely destroyed, the rest 3 are damaged. At least only one microchipof the Su-24 flight recorder may be readable, the Russian Defense Minsitry stated.

On November 24, the Russian Su-24 aircraft crashed in Syria after being downed by a Turkish jet. Ankara said that the attack came in response to the violation of Turkish airspace by the Su-24. Both the Russian General Staff and the Syrian Air Defense Command confirmed that the Russian frontline bomber never crossed into Turkish airspace.

On December 8, Russian President Vladimir Putin ordered that the black box from the downed aircraft should be opened only in the presence of the international experts.

On December 18, the black box was opened in presence of experts, including from China and the United States. According to the Russian Defense Ministry, the first data from the flight recorder is expected to be published on December 21.