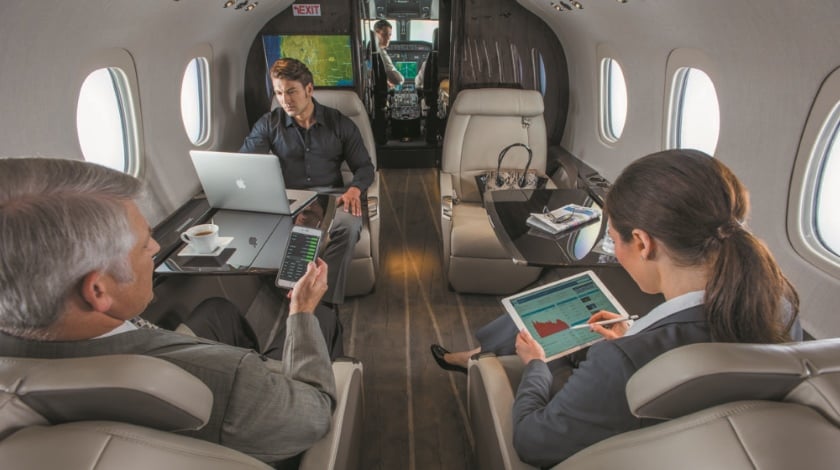 Avidyne CEO Dan Schwinn stated, “With this pioneering first STC in hand, we expect to receive Parts Manufacturer Approval (PMA) from the FAA shortly. PMA is the catalyst for SmartSky’s partners to complete their STC commitments on many other popular business aircraft, and that then enables customers to install and use the system.”

SmartSky aims to position its 4G network as a rival to satellite connectivity solutions in terms of speed, but far more cost efficient, functioning similarly to a ground-based wireless network but in the air. The company claims it can set a new performance standard at the industry’s lowest cost per bit.

Avionics tested the capability during a media demo flight in Melbourne, Florida, in November.

As of now, the network is still being completed. It has been live since 2017, and SmartSky said that 96% of planned ground sites have been tested and permitted, but fewer than half are currently deployed or in the final stages of deployment to provide full coverage around the U.S. SmartSky expects the “majority of the network coverage expansion effort currently underway across the continental United States” to be completed later this year.