FAA Reauthorization: Should the FAA Be Privatized? 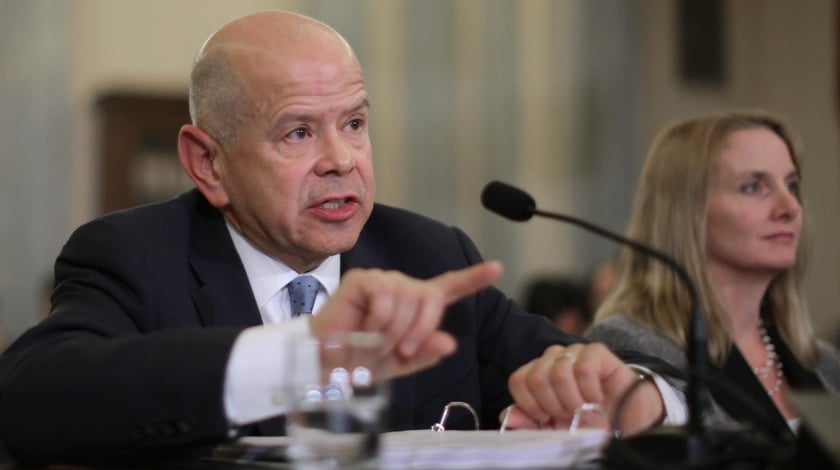 As time runs out on the current FAA authorization – set to expire March 31 – Congress debates the contents of the next FAA Reauthorization bill, and the FAA is under fire.  A recent spate of criticism has prompted lawmakers across the board to demand major reform in the agency. Democrats call some FAA rules “archaic;” Republicans want privatization of the agency; and lobbyists from all sides are arguing about drone laws.

A January 15 report by the Office of the Inspector General (OIG) of the Department of Transportation has prompted a barrage of angry response from lawmakers, frustrated with the FAA’s lack of progress. The report’s title says it all: “FAA Reforms Have Not Achieved Expected Cost, Efficiency, and Modernization Outcomes:”

While FAA has implemented the provisions of past reform legislation, these efforts have not achieved anticipated cost savings and operational efficiencies… costs continue to rise while operational productivity has declined…FAA’s disappointing reform outcomes are largely the result of the Agency’s failure to take full advantage of its authorities when implementing new personnel systems, and not using business-like practices to improve its operational efficiency and cost effectiveness. FAA’s organizational culture, which has been resistant to change, further deters its reform efforts.

FAA’s reforms have also fallen short in responding to legislation calling for improved delivery of new technologies and capabilities. While FAA reports improvements in its management of acquisitions, major projects continue to experience problems that delay the introduction of new technologies, such as performance-based navigation; postpone benefits to users; and defer the retirement of costly legacy systems…Notwithstanding reforms, several underlying and systemic issues—including overambitious plans, shifting requirements, software development problems, ineffective contract and program management, and unreliable cost and schedule estimates—impact FAA’s ability to introduce new technologies and capabilities that are critical to transitioning to NextGen.

The 31 page report is damning in its thoroughness. Outlining increased personnel costs enough to make any investor shudder, project delays, systems failures, and acquisition problems, the report repeatedly places the blame on the agency’s “Persistent Management Weaknesses.” The report was followed five days later with another audit from the OIG, this one titled “FAA Lacks Effective Internal Controls for Oversight of Accountable Personal Property.” Both reports outline detailed audit data which mercilessly exposes the infrastructure weaknesses and budget carelessness of the FAA, and has laid the agency open to targeted attack from all sides.

In a response to the first report, the FAA says that it “appreciates the opportunity to offer additional perspectives on the OIG draft report,” and will review the recommendations made. Responding directly to accusations of soaring costs, the agency blames cost overruns on terrorists and drones, saying that increasing responsibilities have not allowed them to stay within their budget.

Since 2004, the FAA has taken on and delivered some of the most complex and demanding programs such as the Standard Terminal Automation Replacement System (STARS); EnRoute Automation Modernization (ERAM), Wide Area Augmentation System (WAAS); and NextGen programs such as Automatic Dependent Surveillance–Broadcast (ADS-B), all while implementing the initiatives that were aimed at controlling costs. Moreover, the Agency is continually mandated to comply with new requirements.

Since 2001, terrorist attacks and dramatic increases in worldwide information system attacks have imposed numerous additional requirements for systems security as well as physical and logistical security, which have significantly increased the FAA’s costs. Looking ahead, the regulatory demands associated with rapidly growing Unmanned Aircraft Systems and Commercial Space industries will have major budget impacts.

Privatization of the FAA

Lawmakers are not buying it, and more and more are rallying against the FAA. In a piece titled “No Reason to Stall on FAA Reform,” published on the Transport and Infrastructure Committee’s website, Reps. Sam Graves (R-Mo.) and Todd Rokita (R-Ind.), both licensed air pilots, are scathing:

A foundation of conservatism is our belief that the federal government is incapable of doing just about anything more efficiently or innovatively than the private sector. A perfect example is the Federal Aviation Administration’s (FAA) stalled effort to bring our nation’s aviation system into the modern era.

“This report shows that the FAA simply isn’t suited to successfully modernize our Nation’s antiquated air traffic control system,” Transportation and Infrastructure Committee Chairman Bill Shuster (R-Pa.), the leader of the privatization movement, said in another statement published on the committee’s site. “The FAA remains a vast government bureaucracy, not a high-tech service provider. It’s clear from the DOT IG’s findings that we need transformational FAA reform if we are going to have a safe, efficient, 21st century aviation system.”

The Hill reports that democrats are no more enthusiastic about the FAA: “Congress exempted the Federal Aviation Administration from bureaucratic procurement and personnel rules in 1996, but the FAA seems to be stuck in the 1980s,” said Rep. Peter DeFazio (D-Ore.). DeFazio is the top ranking Democrat on the House Transportation Committee.

“It’s time to cut the red tape that keeps its workforce from achieving its full potential, and to get rid of archaic personnel and procurement rules and procedures that do nothing but bog down good work in modernizing our aviation system and improving safety,” he said. “The Inspector General’s report today yet again demonstrates the FAA’s failure to seize on the opportunity Congress gave it 20 years ago.”

All of this looks good for Shuster’s bid to privatize parts of the FAA. In remarks to the Aero club of Washington last June, Shuster laid out his plans to create a nonprofit corporate entity to take over the Air Traffic Control responsibilities of the FAA, saying that: “The current FAA bureaucracy undermines our global competitiveness and puts American jobs in jeopardy… This aviation bill will enhance American companies’ ability to compete and get their products to market faster.”

Privatization is a direction that many countries have taken in recent years; including Canada, Germany, England, and Australia. Bill Clinton made a similar proposal in 1995: the proposal was crushed by fierce FAA union opposition. The current backlash against the FAA in Washington may be strong enough to push this one through. While aviation groups afraid of rising fees oppose privatization, some groups formerly opposed to the idea have said that they will support a reasonable proposal that will guarantee some stability for the Air Traffic Control industry.

Drones have become one of the symbols of the “modernization” required of the FAA. While the entire structure of the agency is in question, the New York Times reports that Washington is flooded with drone lobbyists, all hoping to get their say in the way that the reauthorization package addresses drone regulation.

Each special interest group has their own perspective. Hobbyist groups like the AMA are arguing against drone registration. The manufacturers of hobby and consumer drones like DJI argue against additional regulation, offering technology advances as an alternative. The Airline Pilots Association wants more regulation about where and when drones can fly. Consumer companies like Amazon and Google with drone delivery in mind would like a say in how the Air Traffic Control system for drones will work. And Senator Bill Nelson of Florida sent a letter to four government agencies last week, asking them to “keep him informed” of developments in drone regulation.

There is one thing that all groups have in common: everyone wants the FAA to move faster in integrating drones into the airspace. After missing last year’s fall deadline to issue guidelines on the integration of drones into the airspace, the FAA has created a vacuum of clear regulations, and it is rapidly being filled by a flurry of sometimes ill-conceived state and local legislation. If the FAA fails to act soon on drones in a way that will support the industry while easing consumer’s fears, they will have failed yet another high-profile test – and could be paving the way for their own replacement.