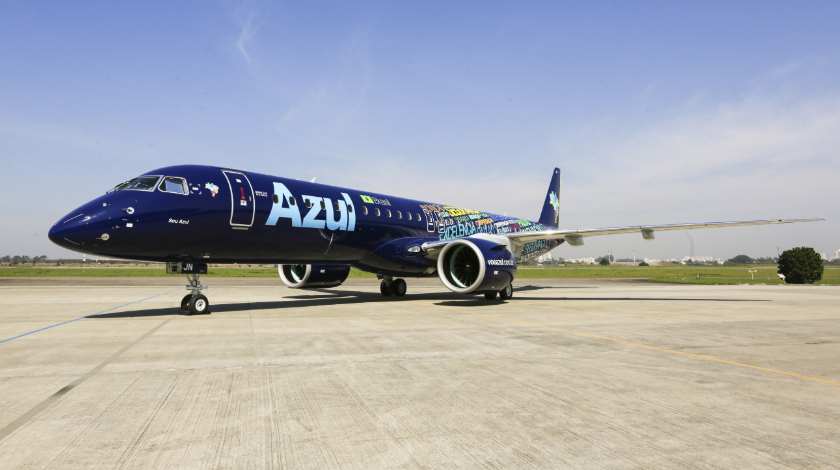 The plane configured in a single class layout with 136 seats will be operated on domestic and international routes. Azul has placed an order for 51 aircraft of this type and five more E195-E2s are about to supplement the airline’s fleet yet in 2019.

The E195-E2 is the largest commercial aircraft Embraer has ever built. It is also the most environmentally friendly aircraft in its class, having the lowest levels of external noise and emissions.

However, soon these program will appear under the Boeing control, which is waiting for the regulatory approval to purchase 80% of Embraer commercial jets devision worth $4.2 billion.

Direct competitor of the E195-E2 is the Airbus A220 program, formerly developed by Bombardier under the CSeries name. In summer of 2018 Airbus bought this program and through the year has managed to successfully take a substantial share of the jets’ with under 150 seats market.

Boeing had no such small aircraft to enter this market. Nevertheless, the company has found a solution. After Boeing acquires a major part of the Embraer commercial jets program, Airbus and Boeing duopoly will grow even bigger.