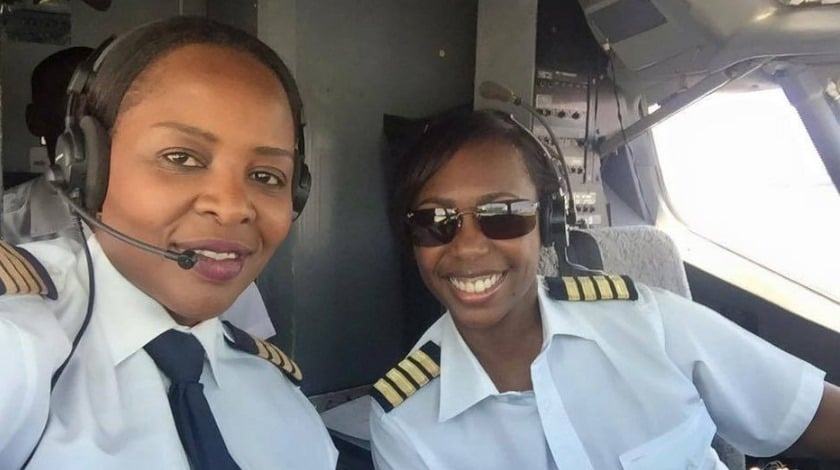 History was recently made in the country of Zimbabwe when, for the first time ever, an all-female flight deck crew took command of an Air Zimbabwe Boeing 737 flying from Harare to Victoria Fall. They were the pilots, not the flight attendants. Photos posted to Facebook by the airline show Captain Chipo M. Matimba and Captain Elizabeth Simbi Petros smiling in the cockpit of the B737-200, preparing to take flight.

Air Zimbabwe is the flag carrier airline of Zimbabwe, headquartered on the property of Harare International Airport, in the city of Harare. From its hub, the airline used to operate a network within southern Africa that also included Asia and London-Gatwick, but currently most flights are just within Zimbabwe and to another nearby African countries.

But they aren’t the only women making history in Africa!

Recently, 28 year-old Lieutenant Ouma Laouali made history of in the country of Niger when she became the first female pilot to serve in the country’s Armed Forces. She flies the Cessna aircraft, a “combat caravan”, used for various military operations, and the news was also met with great excitement by the local media.