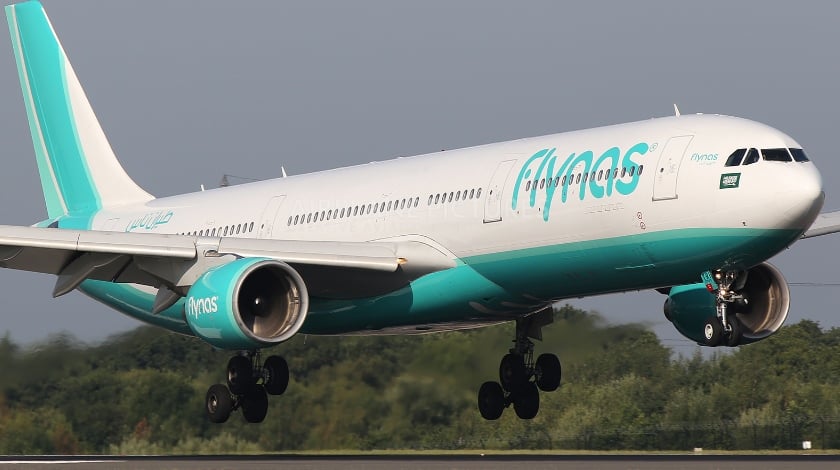 In addition to the 60 aircraft, Flynas has converted 20 A320ceo from a previous order to A320neo bringing the airline’s total firm order to 80 A320neo. The deliveries are scheduled to take place during 2018-2026.

Flynas, an all Airbus operator, currently has 26 A320ceo in service. Launched in 2007, the airline has successfully operated over 260,000 flights and carried more than 30 million passengers in the last ten years.

Ayed Al Jeaid, Chairman, NAS Holding Group said, “Flynas has come a long way to establish itself as a highly reputed airline in Saudi Arabia. With the introduction of the new aircraft technology, we are confident of our ability to provide best services to our customers. We also look forward to being the first airline in the Kingdom to be successfully listed on the Saudi Stock exchange, which will offer equity ownership to the public and be a part of a great journey.”

Bander Al Mohanna, Chief Executive Officer, NAS Holding Group said, “We have operated exceptionally well with our existing Airbus A320 fleet, which has allowed us to maintain high performance standards in operations and passenger experience. We have an ambitious growth vision and the new A320neo order will further support our plans to be a leading low-cost carrier with the most advanced and efficient technology and will allow us to strengthen our offerings within and outside of Saudi Arabia.”

In 2016, Flynas set a new record by carrying 6.3 million passengers contributing to a 14% year-on-year increase. The A320neo will provide Flynas unbeatable efficiency and comfort in both high-density domestic segments as well as thinner routes.