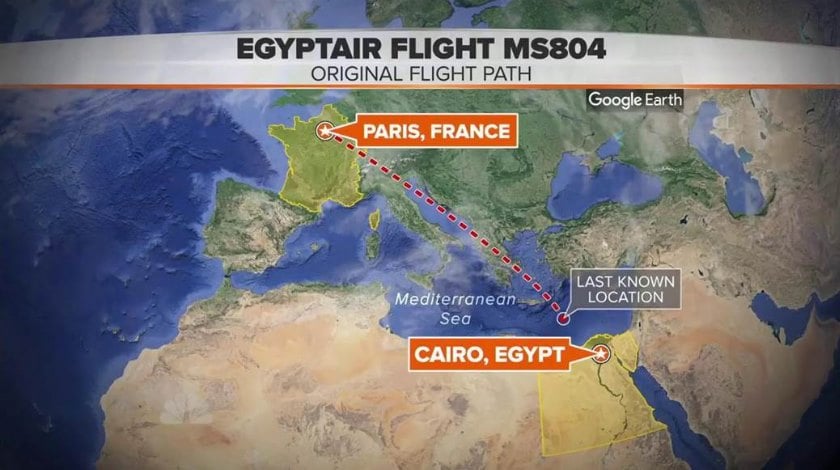 France has dispatched a specialist naval vessel to the area where EgyptAir flight MS804 is believed to have crashed into the Mediterranean Sea.

The survey vessel Laplace sailed from Porto Vecchio, Corsica, May 26 and is scheduled to arrive in the area 295 km (183 miles) from the Egyptian coastline where the Airbus A320 disappeared from radar on May 19 with 66 passengers and crew on board during a Paris-Cairo flight.

A statement from the French air accident investigation service, the BEA, said an underwater search campaign would begin in the next few days when the Laplace arrived on station. It added that the vessel is equipped with three Detector 6000 long-range acoustic detection systems manufactured by the French company Alseamar.

The Detector 6000 is a submerged system designed to locate the “pings” coming from the flight recorders of a crashed aircraft.

Alseamar’s website stated the devices can detect the sound emissions from a flight recorder at a range of 4-5 km when submerged and can dramatically speed up the search of a given area. Two BEA investigators are on board the Laplace.

The BEA added that discussions are still underway to add a second ship to the search force; the latter vessel would carry an underwater robot capable of lifting debris from extreme depths. The Egyptair flight is believed to be laying in 2,500 to 3,000 m of water.

Egyptian authorities will continue to lead the investigation, including the new sea search equipment, with technical assistance from the BEA.

An Egyptian military submarine has been part of the search effort since May 23.