From Biofuels To 3-D Printing, Aviation Is Going Green 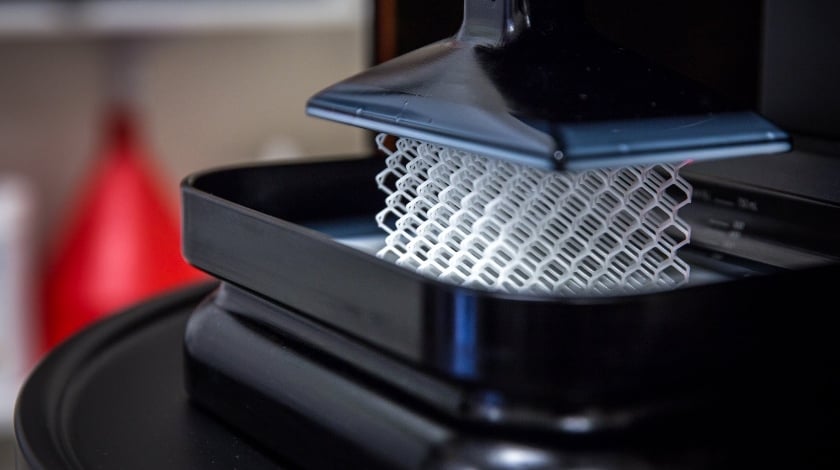 The aviation industry is rapidly expanding, particularly within the Middle East and Asia Pacific. In fact, China alone is projected to overtake the U.S. as the world’s leading aerospace market by 2024. In addition, the rise of low-cost airline fares and budget flyers mean that air travel will soon be accessible to much of the world’s population, with the International Air Transport Association (IATA) predicting that all air travel will double over the next 20 years.

These growing markets are already set to cause issues for the industry, primarily in the form of a wide-scale maintenance, repair and operations (MRO) personnel shortage (although the inclusion of new technologies would address this). It is no surprise then that airlines, aircraft manufacturers and those within the supply chain are seeking ways to offset the environmental impact of these rapid flight increases.

Green aviation is an umbrella term aimed at encompassing environmental improvements to the field of aerospace. These include reductions in emissions and noise, improvements to fuel efficiency and the introduction of technologies for improved efficiency. This term includes all areas of aviation, from airlines to aircraft manufacturers to the aerospace supply chain. The pursuit of green aviation has risen as a result of increased knowledge surrounding the effects of the industry on the environment and society’s understanding of global warming as a whole.

Last year, the Solar Impulse 2 became the first manned solar plane to circle the earth successfully. The e-Genius, an experimental plane developed by the Institute of Aircraft Design at the University of Stuttgart, is an all-electric manned plane that can fly up to 249 miles on the engine’s 56 kWh single charge. While these prototypes are several years away from commercial flight, mainstream manufacturers are also pursuing immediate improvements.

Initially launched in 2011, Boeing’s ecoDemonstrator was created with the purpose of improving fuel efficiency through lightweight wing and wire technology and anti-icing capabilities.

The E170, the latest installment developed alongside Embraer, features icephobic paint meant to decrease dirt and bug residue and is powered using a biofuel blend comprised of 10% biokerosene and 90% fossil kerosene.

Even further, Boeing has created the ecoDemonstrator to be highly recyclable upon aircraft dismantling, ensuring less of the plane ends up in waste yards. As manufacturers have begun to pursue more eco-friendly planes, airlines have begun to take their own steps toward greener flights.

In 2011, ASTM International approved biofuels comprised of natural oils for use in commercial aviation. Since then, Honeywell has introduced its own Green Jet Fuel aimed at cutting greenhouse emissions by 56 to 85% when compared to traditional jet fuels.

This greener fuel alternative has been shown to improve flight mileage performance and does not require changes to aircraft for use.

United Airlines has since committed to powering flights from San Francisco to Los Angeles with the improved fuel. LanzaTech has been working with Boeing to test the use of ethanol-based aircraft fuel in future planes. Virgin Atlantic pledged to switch 10% of its aircraft to the fuel by 2020. And last year, Alaska Airlines flew a test flight using a 20% renewable biofuel comprised of leftover tree limbs and branches from logging activities in the Pacific Northwest.

However, airlines are not the only sector that will need to alternate from traditional methods of transport.

Green Solutions for the Supply Chain
An often-overlooked polluter, global shipping networks can be big, negative contributors to the environment. The need to ship goods internationally across waterways and via air contributes to greenhouse emissions, disruptions in marine life, water pollution and more.

A very simple solution to this would be globally located warehouse locations. Aircraft parts distributor Kapco Global has helped implement this strategy through worldwide partnerships with established facilities. Not only does this mean faster receiving times for customers (a crucial factor in the aviation industry), but also it means that supplies travel a shorter distance.

In addition to physical locations, supply chains must also embrace modern technology to offset environmental effects, with one of the biggest technologies to emerge being the use of 3-D printing for aircraft parts.

The Impact of 3-D Printing

3-D printing (or additive manufacturing for larger scale use) has already begun to infiltrate the aerospace supply chain. Last year, Boeing partnered with Oak Ridge National Laboratory to print the largest single part, a 777x wing trim tool, earning them a Guinness World Record. A month before that, Airbus flew the A350-1000, which included a Rolls-Royce aircraft engine containing an engine structure manufactured using 3-D printing.

While not yet available for large-scale parts manufacturing, additive manufacturing has big implications for the future environmental impact of aerospace. Rather than physically shipping parts to global locations, aircraft parts distributors can instead simply email schematics for printing to original equipment manufacturer (OEMs) and MROs in need. Not only does this eliminate carbon emissions and other shipping-related pollutants, but also this method of manufacturing virtually eliminates waste, making it a green aviation pursuit that positively affects nearly all realms of the aerospace industry.

Technology never backpedals. The power of flight is no different. As airlines throughout the globe continue to improve and as more and more citizens once thought out of reach of air travel begin to fly, the demand for flight will only grow. Luckily, the industry has already recognized the importance of improving its environmental footprint and has begun to take steps toward a future of greener aviation.