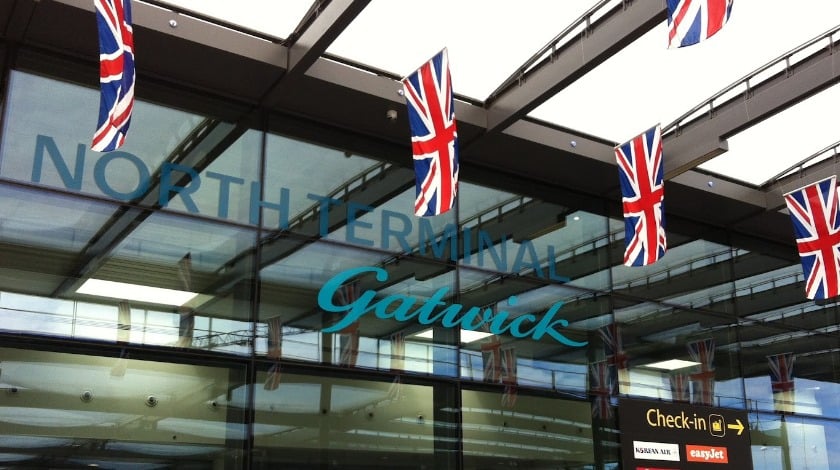 Gatwick Airport has achieved the busiest single month in its 80 year history as 4.6m passengers travelled through the airport in July, +6.9% on the same month last year.

Long-haul routes continue their impressive growth at the airport, growing 23% collectively versus last July, against a backdrop of traffic growth stalling at other major European airports, as reported by the Airports Council International this week. North Atlantic routes grew 49.9% with Toronto routes +106.4%, Calgary routes +120.8% and Vancouver routes +85.4%. All are new destinations served by WestJet as part of their 28 flights weekly to destinations in Canada from Gatwick. Other Atlantic destinations proving popular include Los Angeles +41%, Puerto Vallarta Mexico +29% and Orlando +11%.

Recent months at Gatwick have also seen an increase in cargo volumes up 31% on average of every month of the last quarter. Gatwick expansion will support significant growth in cargo which is forecast to reach 1,070,000 tonnes by 2050. The growth in long haul markets will provide more opportunity for choice and competition within the air freight market.

To celebrate this landmark in the airport’s history, Gatwick has released a stunning collection of new aerial imagery from acclaimed New York photographer Jeffrey Milstein, providing a brand new aerial perspective on Gatwick.

“Gatwick’s continued long-haul growth – +23% year-on-year – and strong cargo growth are the latest proof that competition in the London airports’ market is working. Our continued success provides proof of the benefits a two runway Gatwick would deliver for Britain. Expansion of Gatwick, London’s fastest growing long-haul gateway, would show London is open for business to the World.

“As the 41.7million passengers flying with us in the last year have seen, Gatwick is undergoing a massive transformation. The brand new images we have revealed today provide a unique aerial perspective on the world’s most-efficient single runway airport which is also in the premier league of airports with more than 50 long-haul routes.

“This list of long haul routes from the airport is added to month in and month out with Cathay Pacific commencing flights to Hong Kong in just three weeks, joined by British Airways’ service to Cape Town this autumn.

“Following the referendum, the UK needs now more than ever before an airport expansion solution which can actually be delivered and that is Gatwick – guaranteed growth, dramatically lower environmental impacts, and no taxpayer funding.”