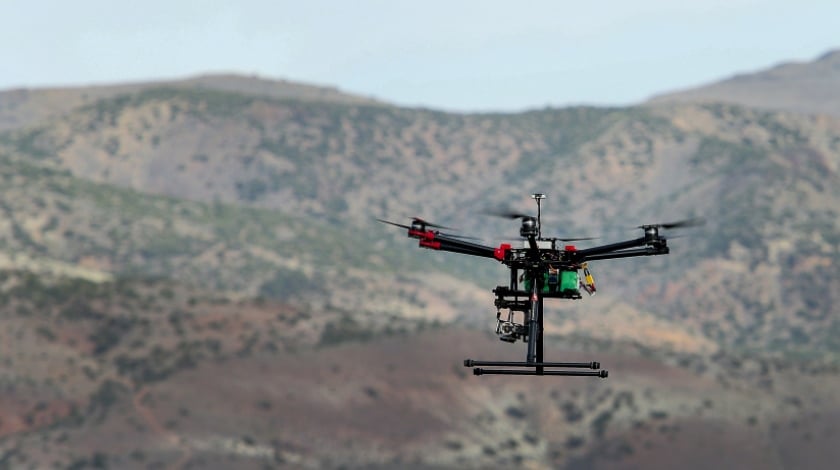 The UAE’s General Civil Aviation Authority (GCAA) is working with Abu Dhabi’s Department of Transport (DOT) to electronically link their drone operation approval systems in a pilot project which could halve process times.

News of the pilot project, expected to be in operation by the end of this year, came at the Second Drones Middle East conference being held on Abu Dhabi’s Yas Island.

In his keynote address, Mohammed Al Dossari, Director of the GCAA’s Air Navigation & Aerodromes Department, said the joint DOT Project is the start of a stakeholder integration initiative that is already extending to the UAE’s Ministry of defence and all other air traffic control users in the UAE.”

Al Dossari explained: “We have begun the pilot phase in Abu Dhabi because that is where the majority of approval applications are coming from.”He added: “It is vital that the aviation community and stakeholders work closely together to ensure that drone operations are safely included in our already crowded skies.”
Al Dossari said since the GCAA introduced registration of drones and drone operations in 2014 and further evolved them in 2015 and this year, it has received 400 applications for drone registry and 161 applications for drone operations, the majority of which, he said, had been approved.

The Authority has also recently introduced a mobile app for leisure users to be able to detect drone no-fly zones. The App, he said, also includes basic user guidelines in both English and Arabic.

“There is a problem with private users and incidences caused by them which have led to airports in the UAE having to be closed for short periods. Most incidents are caused by individuals who are not familiar enough with the regulations. This very easy-to-use App targets the private users and allows them to determine whether their location for use of the drone is safe, or not.

“We have to provide a safety level of service for drone operations equal to that of manned aviation vehicles. This is a new player segment that we need to incorporate into our operations. We are learning, and evolving as we go along but I can confidently say that the UAE is one of the earliest states to have registration for this field.”

Meanwhile Al Dossari said the GCAA is co-operating with the Emirates Authority for Standardisation and Metrology on a framework for a draft Federal law for the UAE which will cover the import, performance requirements and selling of drones throughout the Emirates. Al Dossari said it was too early to say when the law was likely to be finalised and put into effect.