Gender is not a Barrier to Become a Pilot 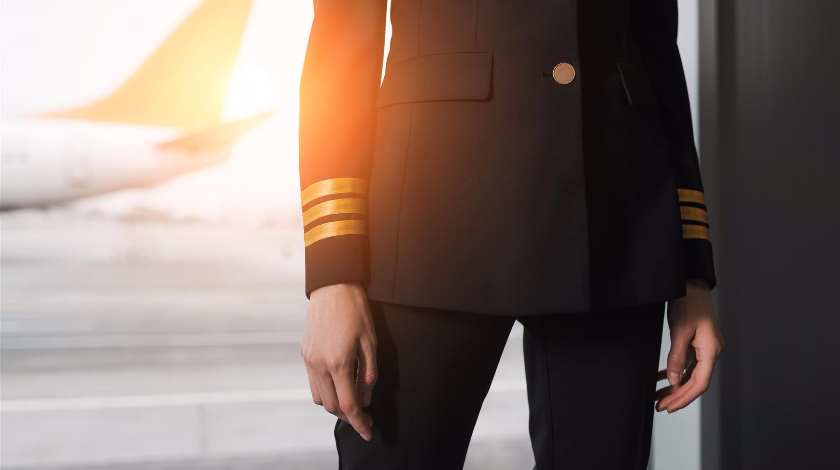 As the men dominate the aviation industry, there is a wrong perception that women cannot achieve success there. Why are women so under-represented in piloting and how to change this perception? Let’s try to identify the most common gender issues in aviation and break down the stereotype of aviation as a highly gendered realm.

Let’s start with the most prevalent stereotype that women are weaker compared to men. It is an old myth that men are more physically and mentally capable than women. Actually, it might be the other way around. Some researches show that women can endure greater pain than men physically and mentally. Nowadays it is a norm to see women being a firefighter, boxing or flying to space.

So, it is quite evident that women can compete with men at any given job. Why should aviation be different? Study, made almost 40 years ago (yes, that long ago!), revealed that there were no significant differences between the genders entering pilot training with equivalent graduation rates, flight training performance factors and trainee impressions of their flight training experience.

There is also a general opinion among pilots that good, satisfactory and even exceptional pilots could be found everywhere but gender of a pilot is not relevant to his/her ability to operate the aircraft. So, the times when it was surprising to see a woman commanding aircraft are long gone.

Not only pilots have changed their opinion about a woman pilot but family members, too. Current women pilots say that they feel strong support of their family and friends. “Aviation is quite rear and exotic in my country and people were really surprised about my decision” admits Catalina Bengeanu, ATPL(A) student at BAA Training. Catalina also confessed that she has never felt different because of being a woman in aviation and she strongly believes in people who are fuelled by their passion to make dreams become a reality.

Other female pilots say that now their family, friends and even passengers welcome and support them with friendly, joyful reactions and enthusiasm. Sometimes travellers are surprised because they are not used to seeing women in the aircraft cockpit. It occurs because of the majority of commercial aircraft still being operated by men.

Pilot job is demanding. Long flights operating at least $80 million worth aircraft mostly carrying 150-200 passengers is not an easy task. But some women pilots are concerned about other things, too. And that is their work-life balance while being a pilot because of long time away from home.

Not being able to create a family or being away from one are just a few of fears that women pilots are stressed about.

Pilots can choose how much they want to fly, so they can definitely have a normal personal life. For example, some low-cost airlines work under the strategy that their crews return to their flight base everyday. That means that even though you are flying to destination “X”, at the end of the day you will be back home.

Also, some airlines offer exceptional working conditions to mothers, thus there should be no concerns about a difficulty of having a family life. Of course, pilot work schedule is not that of 9:00 to 17:00 but, as with everything in life, careful planning and dedication brings wanted results.

The relationship between gender and technology is ever changing and the figures from the US Federal Aviation Administration (FAA) speak a clear language of that. There is a growing tendency of future women pilots, as the percentage of female students significantly differs from the number of flying female pilots in the industry.

In the USA, while women make only 5,12% of the whole USA commercial pilots, student female pilots amount to 12,02% among all pilot students. The growing number of future women pilots is also seen across different European countries. ISWAP states that the percentage of women in the cockpit is around 5% worldwide. While France, Sweden and Finland exceeds the average with having from 7,5% to 12,00% of female student pilots.

It is worth mentioning that some airlines have also contributed to the increase of female students pilots. Few of them have already started to attract more female applicants by offering some special pilot training courses for women. The positive changes are clearly visible within the pilot profession as the baseline attitudes towards women in the flight deck have drastically improved.