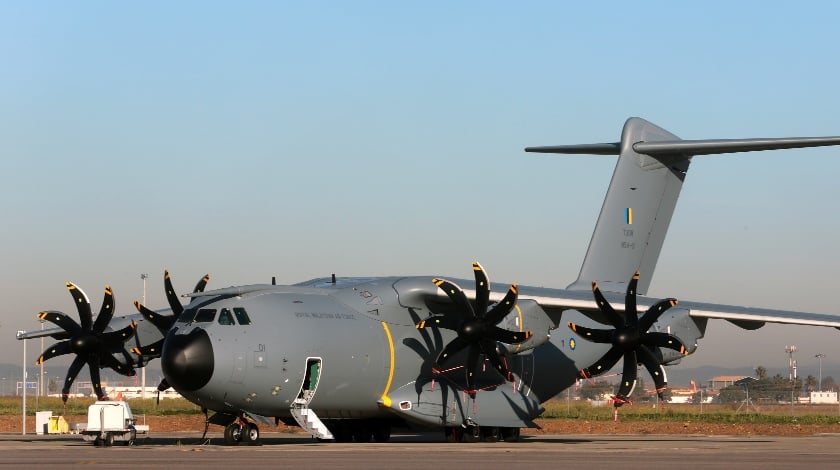 According to Reuters, Germany’s defence ministry said it is asking for 12.7 million euros in damages from Airbus Group SE for delays in the delivery of a fourth A400M military transport plane that it received last month.

“The German military has claimed the full 12.7 million euros in compensation that were contractually negotiated for delays in delivery of the fourth German aircraft,” a spokeswoman for the ministry said.

Sources familiar with the German A400M programme said the penalties would come on top of 13 million euros in compensation that the ministry agreed to accept for delays in deliveries of both the second and third A400M aircraft.

Airbus declined to comment on the ministry’s statement. Chief Executive Tom Enders told reporters last week that he was confident of reaching a “reasonable deal” with buyer nations over delivery penalties and capability shortfalls.

Designed to give Europe independent heavy-transport capability and sold to a group of NATO nations at a fixed cost that turned out to be too optimistic, the plane has been plagued by difficulties since its engine development went awry in 2008.

Airbus has also missed two milestones for the development of the plane’s defensive systems, triggering clauses that could allow the customer nations to cancel the 20 billion-euro project.

German lawmaker Tobias Lindner said the ministry’s demand for 12.7 million euros in compensation amounted to just 7 percent of the 180 million-euro cost of each aircraft, leaving German taxpayers responsible for “the lion’s share of the true costs of the A400M disaster.”

“The ministry and industry should provide a detailed delivery plan at the latest after the summer break, and provide transparency about the costs of the delays and deficiencies, and who will bear them in the end,” Lindner said.

Neither the ministry nor Airbus had any immediate comment about the timing of the next expected A400M delivery.

A ministry spokesman told Reuters last month that Germany expected to take delivery of four more A400M transport planes before the end of the year.