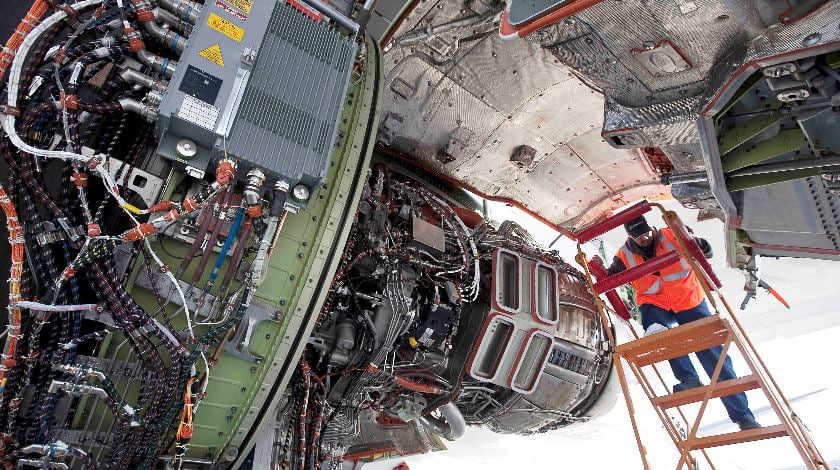 Airbus estimates demand for 550,000 new maintenance engineers over the next 20 years as the value of the global MRO market doubles.

Between 2017 and 2036 the manufacturer reckons that global airlines will need 34,170 new passenger aircraft (and 730 freighters) to support average annual traffic growth of 4.4%.

This will lead to a doubling of the global fleet, providing Airbus’ global services business with a “catalyst to grow”, according to the company.

Services only accounted for 5% of Airbus commercial aircraft sales last year, as opposed to 47% and 31% in it helicopter and defence divisions, respectively.

However, a rapid expansion of Airbus pilot and technician training centres, which have gone from five to 15 in the past three years, has laid the foundation for extra services income.

Even so, Airbus may be underestimating the needs of the aftermarket: In its 2016 Pilot and Technician Outlook Boeing forecast demand for 679,000 new maintenance technicians.

Asia Pacific will take more new aircraft than any other region, and will also lead growth in the MRO market, which Airbus predicts will double in value from $60bn today to $120bn by 2036.

For the first time in its Global Market Outlook Airbus has also included guidance for the cabin and systems upgrade market, which it values at $180bn over 20 years. Again, Asia Pacific is set to be the biggest source of demand, accounting for more than a third of the global market.

“Asia Pacific continues to be an engine for growth, with domestic China to become the world’s largest market. Disposable incomes are growing and in emerging economies the number of people taking a flight will nearly triple between now and 2036,” said John Leahy, Airbus COO, customers.