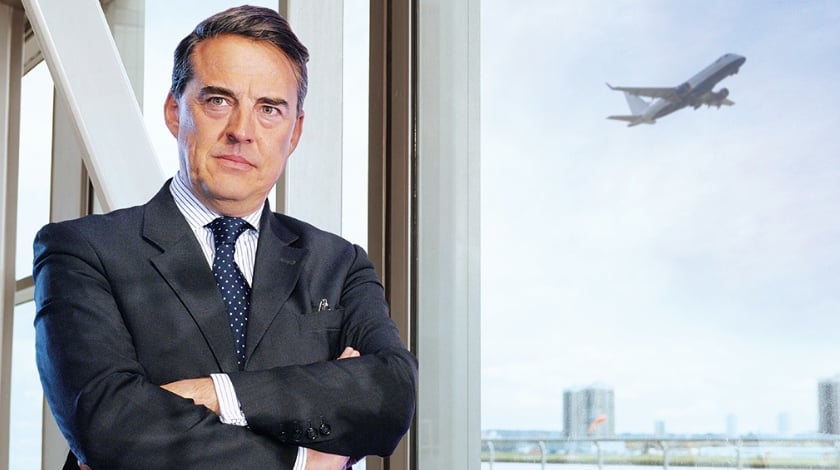 The International Air Transport Association (IATA) has expressed “disappointment” that India “did not come to the table as an early adaptor” of the carbon offset and reduction scheme for the aviation sector that was agreed to at the International Civil Aviation Organisation Assembly meeting earlier this month in Montreal.

“We are disappointed because other developing nations like China, Indonesia, Zambia and Kenya have signed. We are disappointed because we have seen India at the front edge of environment defence policies signing the Paris accord and the Kigali Agreement. So we were expecting India in the front row of environment protection regulation for aviation,” Alexandre de Juniac, Director General and Chief Executive Officer, IATA, said here at a press conference late on Thursday evening. This is Juniac’s first visit to India after taking over charge as IATA DG.

Juniac pointed out that there are wrong ideas or misinterpretations about the system (in India). “Like it does not apply to domestic traffic. It is not a punitive tax. It offsets emissions by investing in projects that produce carbon. Like a tax it attempts to facilitate growth. It is a licence to grow,” he said.

He added that it is an important agreement to fulfill commitments to sustainability with carbon neutral growth from 2020, pointing out that the global aviation industry is the first and only industry in the world to ask for regulation. “Not only ask for regulation but also stick with this commitment,” the DG said.

Officials accompanying the DG said that though the system does not come into place till 2020, the reason IATA is keen that India sign up early is so that it can start capacity building.

Juniac said that IATA understands that it will take time to convince India to join the agreement. “We hope… If it takes 2-3 years…. From my point of view I am always in a hurry. It is okay,” he said in response to a question on whether IATA sees India signing the agreement.

The Carbon Offsetting and Reduction Scheme for International Aviation (CORSIA), which is also known as the Montreal agreement has been endorsed by 65 countries while India and Brazil among other countries have opposed it. The agreement allocates countries and their airlines a fixed annual quota of emission units using 2019-20 as the baseline year.