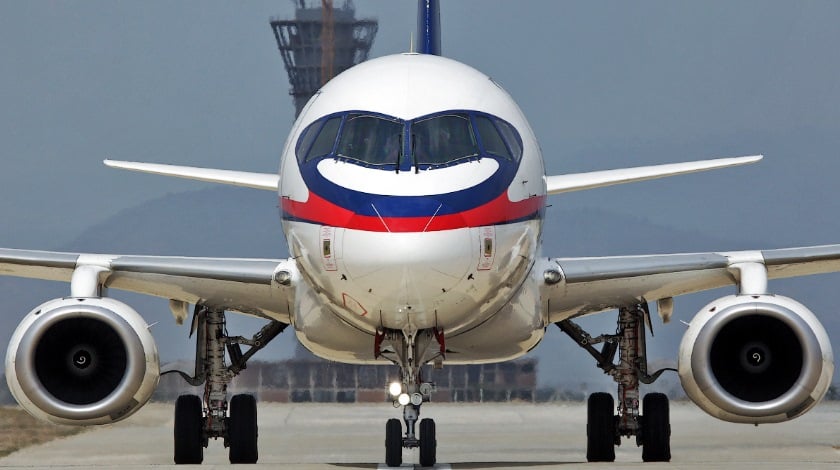 The Icelandic Transportation Safety Board (ITSB) is calling on Russian and European aircraft certification authorities to make changes to the emergency escape slide system of the Sukhoi Superjet 100, which was certified by Russia in 2011 and validated by the European Aviation Safety Agency (EASA) in 2012.

The recommendation is one of nine made by the ITSB in its recently published final report on a gear-up touchdown and runway excursion of a Superjet 100 undergoing certification expansion tests by Sukhoi at Keflavík International Airport in July 2013.

During the incident flight test, the fourth of the day, the pilots were to evaluate performance of the aircraft’s automatic flight control system in a go-around from an altitude of 2-3 ft. above the runway, with the right engine shutdown and a crosswind greater than 19.5 kt. Airframers favor Keflavik for a variety of certification tests for its strong steady crosswinds.

Investigators mostly blamed severe fatigue for the pilot-in-command advancing the throttle of the inoperative engine during the go-around, allowing the aircraft to settle back onto the runway after the gear had been retracted. But there were multiple other errors discovered and attributed to the flight crew, airport, air navigation service provider and regulators.

The Superjet 100 sustained extensive structural damage as it slid down the runway and into overrun area on its belly and engine nacelles. One of the five crewmembers received minor injuries.

Two particular problems delayed the evacuation: The crew had failed to arm the emergency escape slides during the flight; and the forward right slide twisted and blew under the nose of the aircraft on deployment under sustained winds of 18-21 kt.

ITSB in its final report noted that EASA certification rules require the slides to be able to handle 25-kt. winds “at the most critical angle.” As such, the ITSB recommended that Russia’s certification arm, the Interstate Aviation Committee, and EASA work with Sukhoi to make changes to the slides.