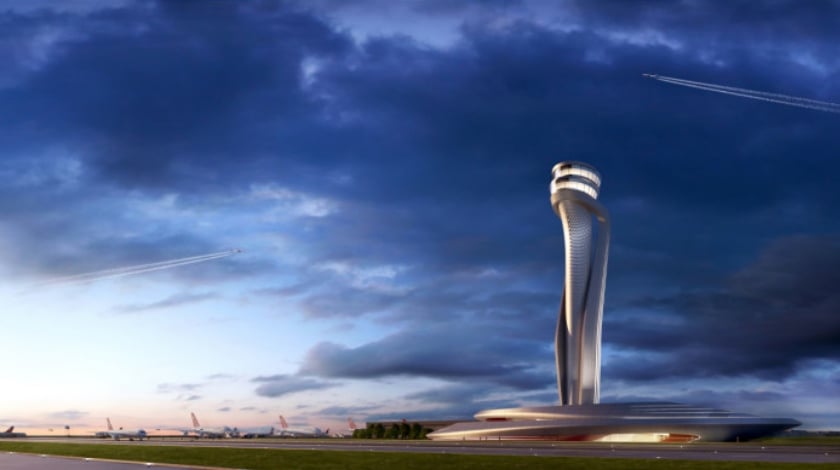 A tower in the shape of a giant tulip will become the iconic symbol of the new 10.2 billion euros ($11 billion) Istanbul New Airport, which set to be opened in the spring of 2018.

As part of an international competition to build the future air traffic control tower, the operating consortium IGA selected the design submitted by AECOM and Pininfarina.

The 96-metre high building, which will be visible to all passengers flying into or out of the new major airport, is also reminiscent of the forms used in aviation design.Z

Construction of the tower is scheduled to begin in May and it is expected to be completed in October 2017.

IGA chief executive officer, Yusuf Akçayoğlu says: “The Air Traffic Control Tower will contribute much to the Istanbul New Airport with its iconic character. The most significant companies within the industry participated in the competition with best designs.

“After a difficult selection process, we preferred the concept tower design that resembles tulips, created by AECOM and Pininfarina.”

Located 35 kilometers from the centre of Istanbul on the European side of the city near the Black Sea, Istanbul New Airport is one of the largest infrastructure projects in the history of Turkey.

There are plans to expand the airport to six runways and three terminals, and the gateway will include extensive cargo infrastructure for the likes of Turkish Cargo and Pegasus Cargo, boosting cargo capabilities and capacity into Istanbul.