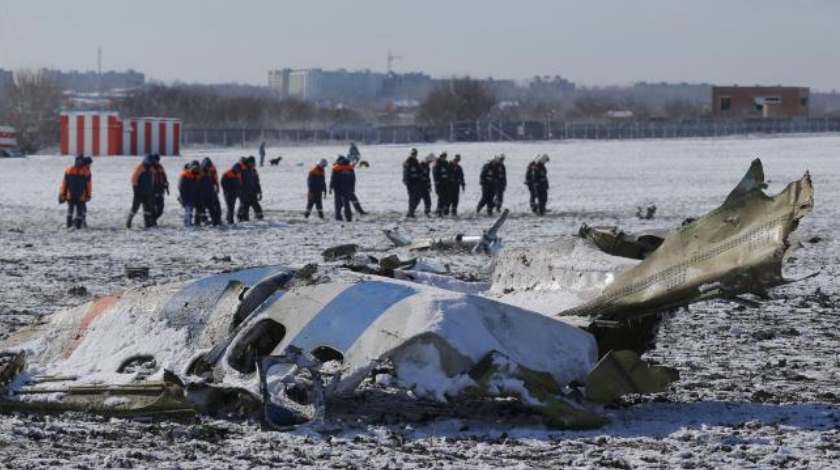 A Flydubai passenger plane crashed in Russia last month after being flown in a contradictory manner minutes before it smashed into the ground, a statement from investigators said on Friday, suggesting pilot error was to blame.

The Boeing 737-800, operated by Dubai-based budget carrier Flydubai, came down in the early hours of March 19 at Rostov-on-Don airport in southern Russia on its second attempt to land after flying from Dubai.

All 62 people on board were killed.

In a statement on Friday, the Moscow-based Interstate Aviation Committee (IAC), which is investigating the crash, said the plane had been flown in a contradictory manner in the minutes before it crashed.

It said the crew had decided to abort landing and circle round again. They had begun to gain altitude when the controls of the plane were abruptly pushed away, pushing its nose lower.

That, combined with the angle of the tail fin, sent the plane into a steep dive which the pilots were unable to pull out of, the IAC said.

It stopped short of saying the pilots were definitely to blame, noting they had the necessary experience and training, but said their condition and actions were being evaluated.

Flydubai Chief Executive Ghaith Al Ghaith said in a statement his company was aware of the IAC’s initial findings and supported the investigators’ work. He said he wanted to get conclusive findings as quickly as possible.

The IAC said it now needed to complete work on deciphering the pilots’ final conversations in the hours leading up to the crash before it could wrap up its investigation.

Unnamed sources have told Russian newspapers that an initial read-out of the plane’s flight recorders had suggested the two pilots argued about the right course of action to take in the minutes before the crash.