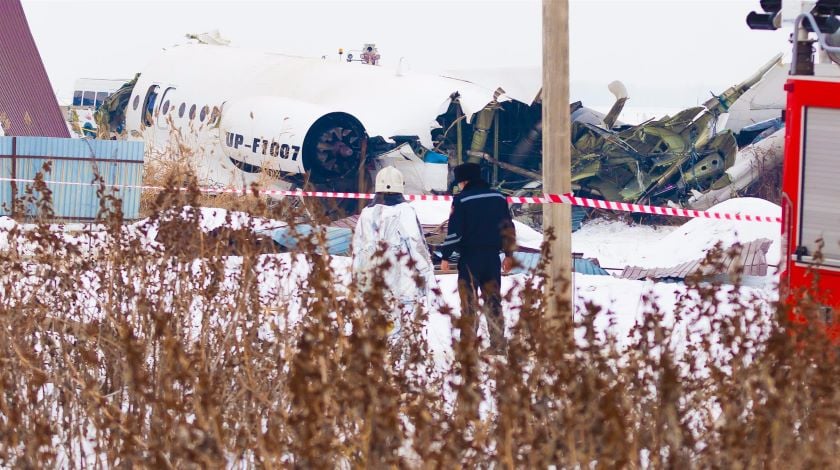 As a result of investigation launched into the Bek Air Fokker 100 crash in December, 2019, the Kazakhstan Aviation Administration (KAA) has identified a number of severe safety violations by the carrier and its crew, after examining the airline.

One of the main violations is related to airworthiness of the Bek Air fleet, which was described as poor. Particularly, bad condition of aircraft is linked to aircraft maintenance logs which are missing or are incomplete.

Prior to the crash, Bek Air operated nine aircraft of the type the age of which ranged between 24 – 30 years. The Fokker 100 aircraft type is relatively old and its production was ceased over 20 years ago in 1997. Therefore, it is extremely difficult to find critical spare parts on the market these days.

Russian Aviation Insider provides that this might have been one of the reasons behind the problems with a service record as the airline was replacing damaged or expired components with parts from its other aircraft and failed to track it properly.

Nevertheless, poor maintenance log is not all. Even more severe violation is related to aircraft engines.

“The most serious safety finding is that Bek Air has removed component data plates. These data plates have serial numbers to help track hours and cycles. This practice means the identity of engines can no longer be verified and that hours and cycles attributed to that engine no longer provable”, the KAA said.

The producer of engines powering Fokker 100, Roll-Royce, have no information on the overhaul of these engines since they were put into operations in Kazakhstan. Roll-Royce also reported that there is no such procedure requiring the removal of a data plate and the company did not authorize such a process.

Due to the fact that several engines were found to have the same problem, all aircraft of Bek Air are under suspicion.

Apart from that, the inspection of video evidence at Almaty Airport proved that sometimes Bek Air crews did not follow the rules listed in the Fokker 100 flight crew operations manual (FCOM). The video material revealed crew usually omitting the part of walk-around, or wing check, which is a mandatory process.

This procedure, called clean wing check, was introduced as an airworthiness directive (AD) after the 1993 crash in Skopje, North Macedonia. It requires to check the wing of a Fooker 100 at three points along the leading edge on the upper surface, the lower surface and the front of the wing. In case the crew member finds ice, all the critical surfaces must be de-iced.

As for now the airline remains grounded and is under inspection.