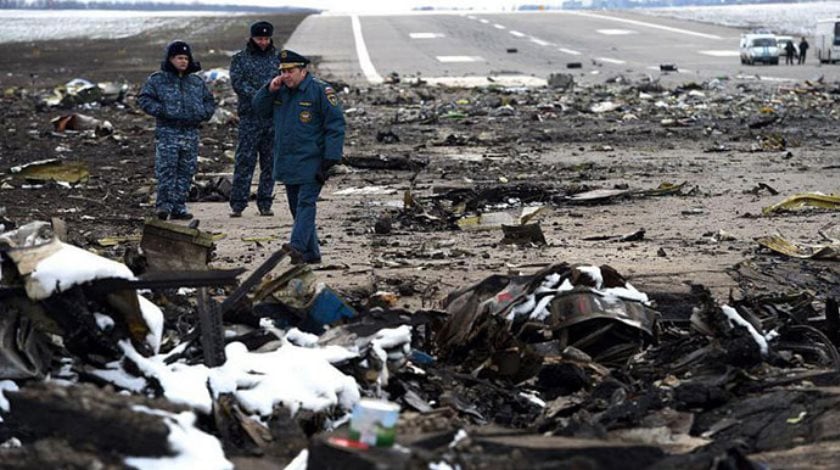 According to updates by the Russian Interstate Aviation Committee (MAK), investigators have “begun deciphering and analyzing” information from the badly damaged flight data recorder, and as of March 20, were attempting to retrieve data from the cockpit voice recorder. The team is also reviewing radar data, crew dispatcher information and weather conditions.

Crowdsourced tracking site FlightRadar24 surveillance data showed that FZ981 had aborted its first approach to Rostov approximately 4.5 hr. after its departure from Dubai.

Data show that the aircraft descended to approximately 1,500 ft. on the Runway 22 instrument landing system (ILS) approach before the abort, well above the minimum descent altitude of 200 ft. above the runway.

It is possible that windshear conditions, which the approach chart states can be “expected on the final” approach to the runway, may have played a role in the unsuccessful approaches.

Wind at the airport was approximately 25 kt. and gusting to 35 kt. or more, but relatively aligned with the runway, reducing the potential for crosswind control issues.

A copy of the air traffic control (ATC) recording, reportedly from the accident aircraft, revealed the crew had called approach controllers multiple times during the holding pattern to discuss whether the visibility and wind conditions were improving.

FlightRadar24 data showed an Aeroflot Sukhoi Superjet 100 had tried three times to land at Rostov while the FZ981 was holding, ultimately deciding to fly to an alternate airport. It is not clear why FZ981 did not do the same.

On the ATC recording, voices from the cockpit appear to be calm throughout the second approach, informing the tower controller of a missed approach as the aircraft descended through approximately 1,500 ft., again well above the minimum altitude for the approach.

Soon after, the 737-800 began climbing toward a holding altitude of 8,000 ft., but when passing through approximately 4,000 ft., the nose pointed down and the aircraft entered a steep descent that reached 21,000 ft. per min., according to the FlightRadar24 data.