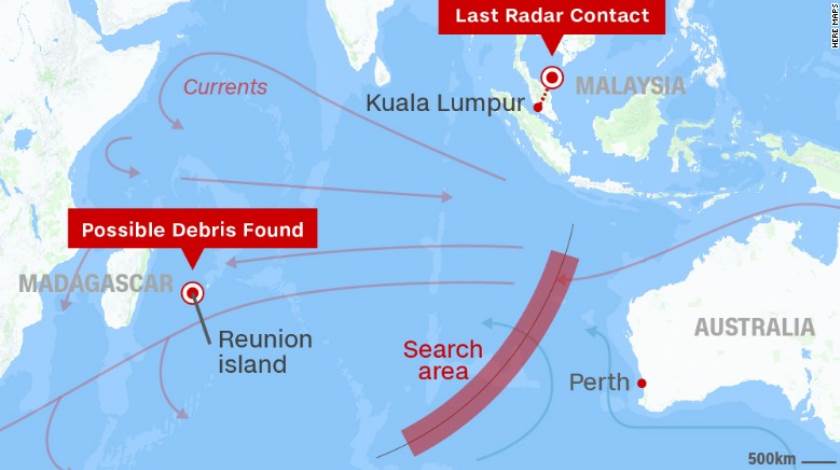 The Australian Transport Safety Bureau (ATSB) has issued a new report on MH370 based on research and analysis conducted by the Australian Defense Science and Technology Group that confirms the search for the missing 777 is generally being conducted in the right area of the southern Indian Ocean. But it narrows the search area to the southern portion of a search area that spanned 120,000 sq km. 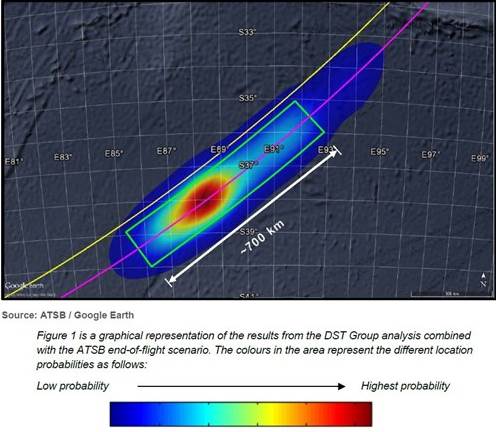 “There’s around 44,000 sq km yet to be searched in this new priority area, and we’re optimistic and hopeful that that search will result in us locating the aircraft,” Australian deputy prime minister Warren Truss said at a news conference following the report’s release. Truss said he expected the “new priority area” to be completely searched by June 2016. He added that there will be “maximum effort” to put the “best [search] equipment … in the right places, so we can conclude this search as quickly we can.”

Significantly, the ATSB report cites satellite and meteorological data, including the final satellite communication transmission from the aircraft, indicating that both of the aircraft’s engines flamed out. Investigators also relied on 777 performance characteristics provided by Boeing.

ATSB said the evidence of a double engine flame-out is “inconsistent with a controlled ditching scenario.” ATSB said that “a controlled diching scenario requires engine thrust to properly control the direction and vertical speed at touchdown and to provide hydraulic power for the flight controls including the flaps.”

MH370 with 239 passengers and crew aboard veered from its planned course about 40 minutes after taking off from Kuala Lumpur bound for Beijing on March 8, 2014. There was no sign of the 777 until late July 2015, when a piece of aircraft wing was discovered on Reunion Island in the Indian Ocean. The aircraft debris was later determined by specialists in France to be from MH370.