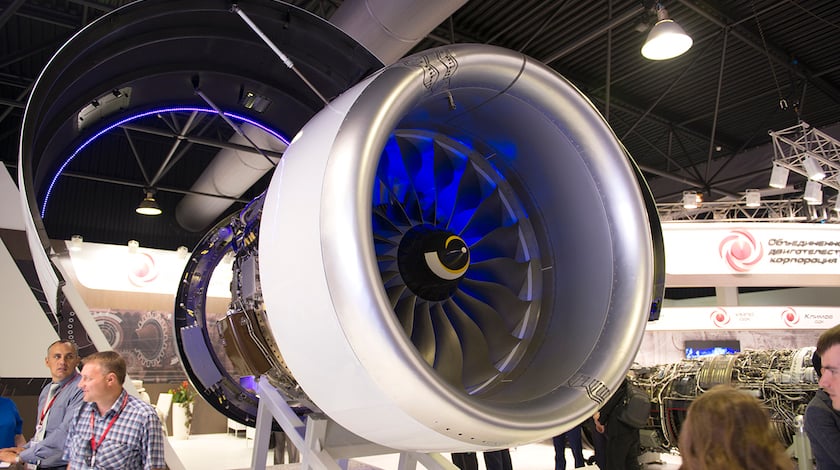 Russian aircraft manufacturer Irkut, which is part of United Aircraft Corporation (UAC), is to build an additional dedicated flying prototype of its MC-21-300 airliner to be used specifically for flight tests of the Russian-built PD-14 engine, the second engine option for the advanced narrow-body.

The first four flying prototypes have been allocated for certification testing of the aircraft’s base version – which is powered by Pratt & Whitney PW1400G GTF engines.

For PD-14 testing purposes, Irkut is intending to modify the first serially built MC-21, the manufacturer revealed on February 26. A spokesman for the corporation also told Russian Aviation Insider that the assembly is scheduled to be complete by late 2019 or early 2020. No timeframe for the PD-14-equipped aircraft flight tests has been revealed.

Irkut and the engine manufacturer UEC-Perm Motors signed the contract for the delivery of the PD-14 for testing in January 2018, with the assumption that the engines would be delivered in the same year. At the time, Irkut scheduled the first flight for 2019, to satisfy the 2021 certification timeframe. The engine won its type certificate in late 2018.

Irkut is now clearly in a rush to complete the certification testing of the base version of the MC-21, as the programme is now several years behind its initial schedule.

Yury Borisov, Russia’s vice-premier tasked to oversee aircraft industry, emphasised during a visit to the Irkutsk Aviation Plant that the target is to have the aircraft certified in 2020 and the launch of serial production in 2021.

There are currently two MC-21-300s powered by PW1400G prototypes involved in the testing. The third and fourth prototypes are now scheduled to join in March and July. The previous plan was for one of these aircraft to be modified for the PD-14, but Irkut has now abandoned that idea in order to not delay the certification any further.

Earlier, the Russian government urged UAC to come up with a proposition to replace all foreign-made components with Russian-made parts on the aircraft after US political sanctions interfered with the deliveries of materials for the MC-21’s composite wing.

However, Irkut appears to be in no hurry to abandon the PW1400G in favour of the PD-14. “We are not rejecting the partnership with Pratt&Whitney. We won’t take any steps to upset that partnership,” Yury Borisov assured.