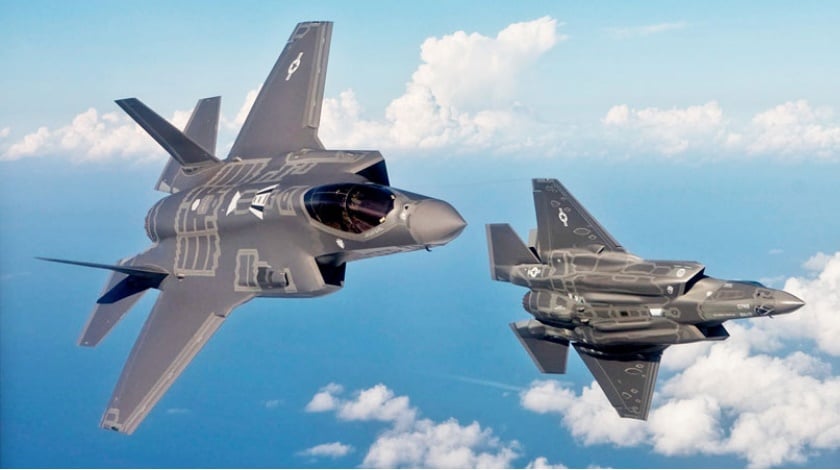 Japan is readying for future F-35 Lightning II production, ordering $73.8 million in long-lead items that would build six of the joint strike fighters.

Long-lead items include titanium parts and other materials used to build the cockpit fuselage, the center of the airplane, the main bulkhead, the center wing and the aft. Lockheed won the contract on Friday.

These parts are ordered in advance of other equipment like the computer and avionics because it takes much longer to receive them from the supply chain. On F-35 orders, Lockheed Martin Corp. (NYSE: LMT) receives funds to put together the airframe before negotiating the cost to integrate the full aircraft — subsystems and all — and deliver it to the customer.

The final price for the six F-35s will be negotiated and fully funded when the joint program office reaches an agreement with Lockheed in fiscal 2018.

The F-35 serves several customers ordering varying models. In addition to the U.S. Air Force, U.S. Navy and U.S. Marine Corps, Lockheed has a number of international customers that include Norway, Turkey, the Netherlands, Australia, Israel, Japan and South Korea.

Included in Lot 12 are 138 F-35As for the Air Force, 26 F-35Bs for the Marines, and eight F-35Cs for the Navy. International orders will come in addition to these aircraft procured by the three U.S. military services.

Lockheed is still in negotiations with the Pentagon to fully fund lots 9 and 10, which would add another 160 or so aircraft to the 229 delivered in the first eight lots. The reason the Pentagon is already providing Lot 12 funds for Japan is because that country is just standing up its F-35 production operations at Mitsubishi Heavy Industries’ final assembly and check-out facility in Nagoya, Japan, and lead times are much longer. The first assembly of a Japanese-made F-35 happened in December 2015.

Once Japan begins assembling more F-35s, the time from initial production to final assembly will shorten as the learning curve flattens with each new aircraft produced. Japan expects to procure 42 F-35s in total.