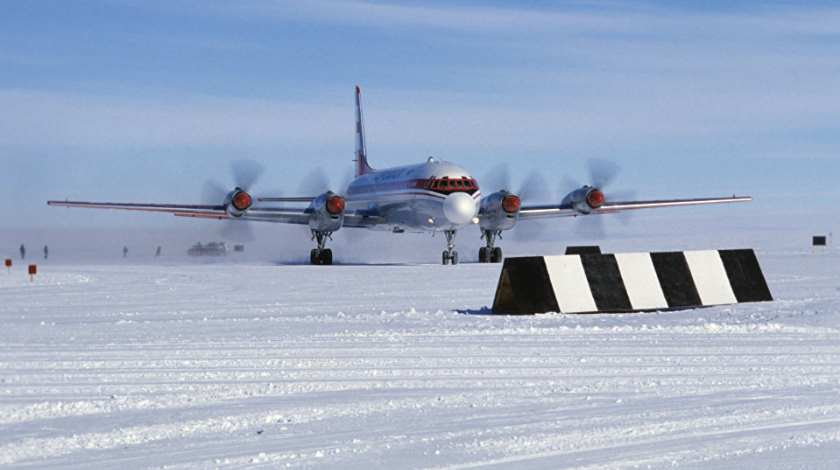 The aircraft is registered under the flag of private East Wing airline and whereas that carrier focuses on air ambulance services, IrMa Air Service, having commercial rights to the aircraft, supplies goods to Iran, primarily chilled meat, under chartering agreements.

The IL-18D (tail number UP-I1805) was first operated in 1974 as an IL-20 surveillance airplane. Originally operated by the Ukrainian Armed Forces in the late 1990s, the aircraft was later purchased by Ukraine’s Lviv Airlines and converted into a civilian IL-18D modification under the technical supervision of Russia’s Ilyushin Design Bureau.

According to IrMa Air Service, the expected lifespan of the aircraft has been extended to 50 years and, in the future, the airline expects to extend it for another five years. The company reports that although the first flight under the chartering agreement was only very recent – on July 17, 2019 – the carrier nevertheless feels that demand is sufficiently high to support plans to increase the fleet further, including the possibility of additional IL-18s.

“The interest in this aircraft is generated by its low fuel consumption. In addition, thanks to a pressurised and capacious aircraft hold that maintains the [ambient] temperature, we do not worry about perishable products,” Marina Zhapabaeva, IrMa Air Service’s chief executive has told ATO.ru, Russian Aviation Insider’s sister publication.

She insists that IrMa Air Service is currently the only operator of the IL-18 in Kazakhstan.

The IL-18 aircraft was mass-produced between 1958 and 1978. Around 800 of various modifications were built and, according to Rosaviatsia, Russia’s Federal Air Transport Agency, there are no civil operators of the IL-18 in Russia at the moment, although the types are still used by Russia’s military forces.