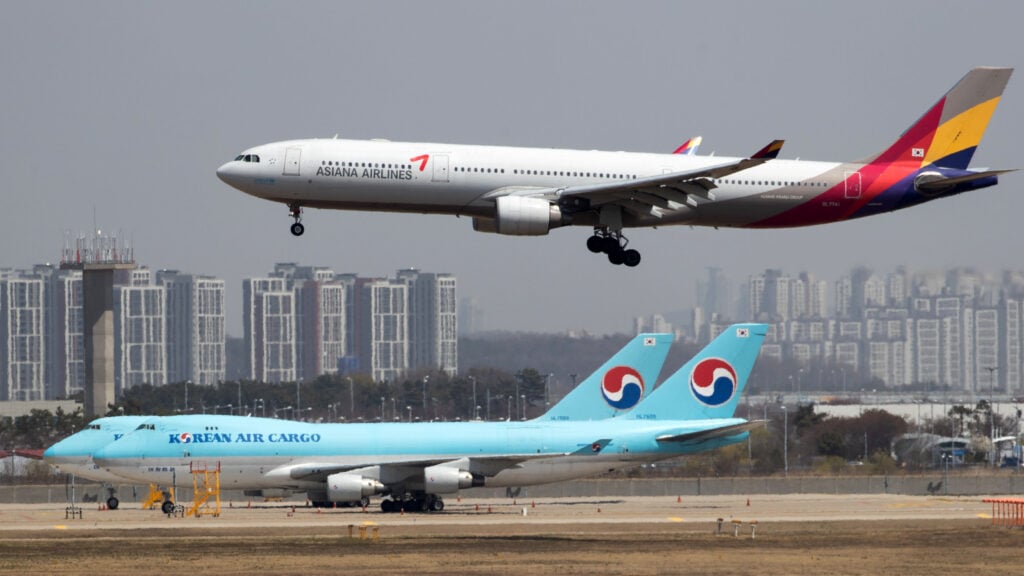 As a result of this acquisition, which is said to “stabilize the Korean aviation industry”, Korean Air will become the 15th world’s biggest carrier by distance flown. Asiana has been looking for a potential buyer for a while now as it had been laid low by high debts even before the crisis came.

According to the Korean Air press release, “Korean Air decided to acquire Asiana Airlines after much consideration and deliberation in order to pursue its founding mission to contribute to the nation through transportation. Following its mission, the carrier will ensure job security for employees at both airlines as well as relevant industries and support the development of Korea’s aviation industry.”

The Yonhap News Agency reports that Korean Air will acquire a 30.77% stake in Asiana, and Korean Air’s parent company Hanjin KAL will receive a KRW800 billion ($722 million) investment from the Korea Development Bank owned by the state. The grounds for this investment is “to ensure Hanjin KAL maintains its status as the airline’s holding company.”
Korean Air plans on more streamlined route operations and lower costs after the purchase is finalized, which will “give the airline the competitiveness to compete with global mega airlines.”
Today, Asiana’s share price rose 28.7%, revealing public investors’ support of the deal. Korean Air’s stock price also soared by 8.4%. The benchmark KOSPI was up 1.9%.