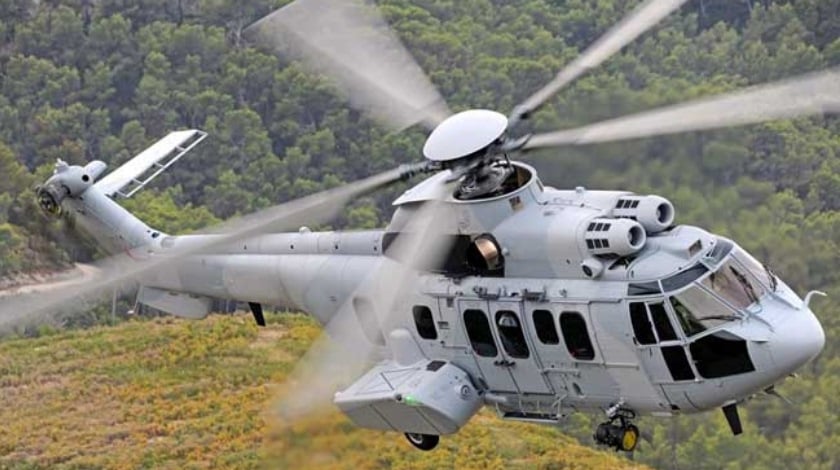 Kuwait on Tuesday ordered 30 Airbus Helicopters Caracal military transport helicopters in a deal worth more than €1 billion ($1.1 billion), the latest step in a long-term tie between the Gulf nation and France, the French ministry of defense said.

“This contract, worth more than €1 billion, reflects a strategic relationship between Kuwait and France built on more than 30 years of French commitment to the Emirate, notably in the conflict following the 1990 invasion of Kuwait,” the ministry said in a statement.

The Kuwaiti defense minister signed the deal with his French counterpart Jean-Yves Le Drian attending, the ministry said. France still has a defense agreement with Kuwait.

Airbus Helicopters signed the contract with the Kuwait defense ministry for 30 H225M Caracal helicopters, including service and support, the company said in a statement.

The Kuwait Air Force and National Guard will fly the helicopters for combat search and rescue, and naval operations.

A first delivery of the Caracal is due in 29 months, with the last in 48 months, said an official in the French ministerial team. The helicopters will be delivered with machine guns, and a contract for anti-ship missiles could be negotiated later, the official said.

The deal includes training for crews and maintenance staff as well as two years’ worth of support service.

The total amount of the Kuwaiti orders for French weapons could be €2.5 billion, or $2.78 billion.

The French president’s office said June last year that talks with Kuwait for 24 Caracals were expected to lead to a contract soon.

The order for that smaller number would be worth about €1 billion, a defense ministry official said at the time.

The Kuwaiti military contract is seen as vital to maintaining production at Airbus Helicopters’ Marignane factory, southern France, as the civil side has been reeling after a crash in April in Norway of a Super Puma, with the loss of 13 lives.

Caracal is the military version of Super Puma, seen as a workhorse for the offshore oil industry, which has cut helicopter orders due to weakness in the oil price.

“By this decision, Kuwait strengthens the strategic partnership which has tied our two countries together for many decades and we are today engaged side-by-side in the struggle against Daesh in Iraq and Syria,” said Le Drian.

Kuwait has more than 40 years of ties with Airbus Helicopters, with the armed forces flying the Super Puma, Puma and Gazelle, chief executive Guillaume Faury said in a statement.