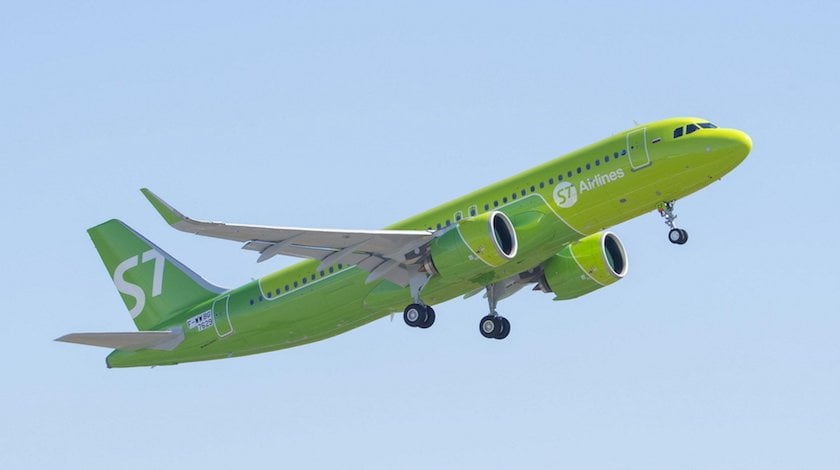 High-flying S7 Group is planning to be the first Russian airline to replace its narrow-body fleet with latest-generation Airbus and Boeing aircraft.

Grigory Davydov, the group’s deputy director, has revealed to Vedomosti business daily that the country’s largest private airline is planning to phase out all of its existing A320ceos and Boeing 737NGs by 2024, eventually replacing them with newest-generation A320neos and Boeing 737MAXs.

Russia’s third largest airline, which has been ordering only factory-fresh, next-gen aircraft, with the exception of mature regional Embraers, was the first in Russia to take delivery of both the A320neo and Boeing 737MAX types.

Its strategy is to replace its existing fleet with those latest-generation Airbus and Boeing models that are currently available only as new units.

The schedule of phasing out the current aircraft is designed to ensure a gradual expansion of the fleet, which is set to reach 103 aircraft by the end of 2019. That growth rate may vary depending on the market conditions, Davydov says.

The high lease payments for the new aircraft will be offset by their fuel efficiency, as fuel now amounts to nearly 30 per cent of Russian carriers’ total costs. Also, their maintenance schedules will generate less down time – and, S7 Technics, the group’s maintenance, repair and overhaul (MRO) subsidiary, already holds approvals for the re-engined narrow-bodies of both Boeing and Airbus.