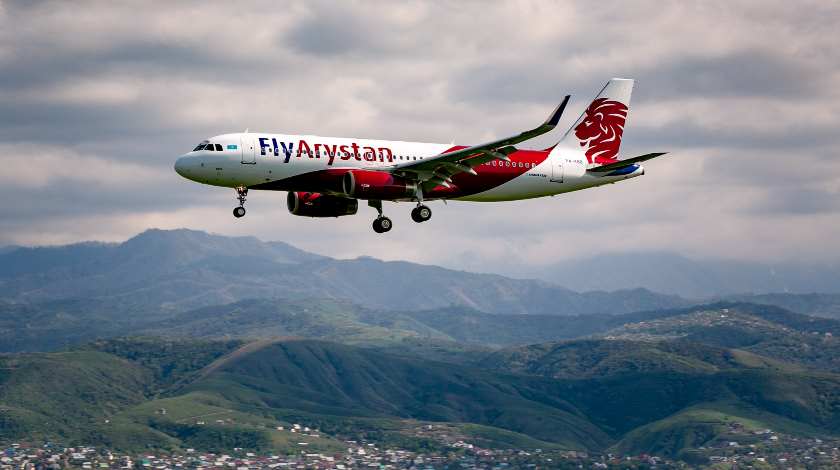 Kazakhstan’s decision to implement legislative changes that enable airlines to charge passengers for baggage and other ancillary services, has culminated in the launch of FlyArystan, the central Asian country’s new low-fare airline, which took to the skies on May 1 for its first revenue flights from Almaty International Airport to Nur-Sultan (formerly Astana) and Taraz.

The low-cost carrier (LCC) is starting with six domestic routes, a number of them handed over by its parent Kazakh flag carrier Air Astana, with journey times from one to three hours to Taraz, Shymkent, Pavlodar, Uralsk, Nur-Sultan and Karaganda.

FlyArystan says it is following the classic LCC model, focusing on the visiting friends and relatives market, thereby responding to a more price-conscious demographic than its parent. It is hoping to carry some 700,000 passengers in 2019.

“We are courting a new generation of travellers – people who typically get around our large country using the train or bus, or those who don’t travel at all. We are pitching FlyArystan primarily at the visiting friends and relatives market.

In turn this will stimulate the leisure market as a second strand, together with an element of business travel. A number of destinations handed over to us by Air Astana will suit a different, more price-conscious demographic. Accordingly, we aim to introduce some purchase options giving flexibility for business flyers, including offering refunds or the ability to change tickets, albeit at higher tariffs,” reveals Tim Jordan, head of FlyArystan.

From the airline’s announcement to revenue realisation within a six-month period, a 160-strong workforce supporting the business has already been established at Almaty, the country’s largest city and Air Astana’s headquarters. The personnel list includes 25 pilots and 45 flight attendants, with many seconded from the Air Astana parent.

Utilising its Air Operator’s Certificate (AOC), Air Astana has supplied an initial two 180-seat Airbus A320s from its fleet, with a further two of the type to follow in the last quarter of the year by which time FlyArystan should be operating at least 12 routes and will be looking at obtaining its own AOC.

The low-fares airline, which plans to operate from multiple aircraft bases in Kazakhstan, with more routes and aircraft bases to be announced in the coming months, is aiming to expand to regional international routes in the mid-term, with a projected fleet size of at least 15 aircraft by 2022.

“FlyArystan, which follows the classic model of budget airlines, appears [to be] right on time. We expect a significant increase in passenger traffic on both domestic and international Kazakhstan routes as we plan to be based in other countries as well,” admits Air Astana president Peter Foster.

Welcoming the Kazakhstan nation’s decision to implement legislative changes enabling airlines to start charging passengers for their baggage, the LCC’s Tim Jordan stresses it is important that baggage costs are not out of kilter with FlyArystan’s low fares as it sets out to capture new flyers.