London Airports to Be “Completely Full” by Mid-2030s 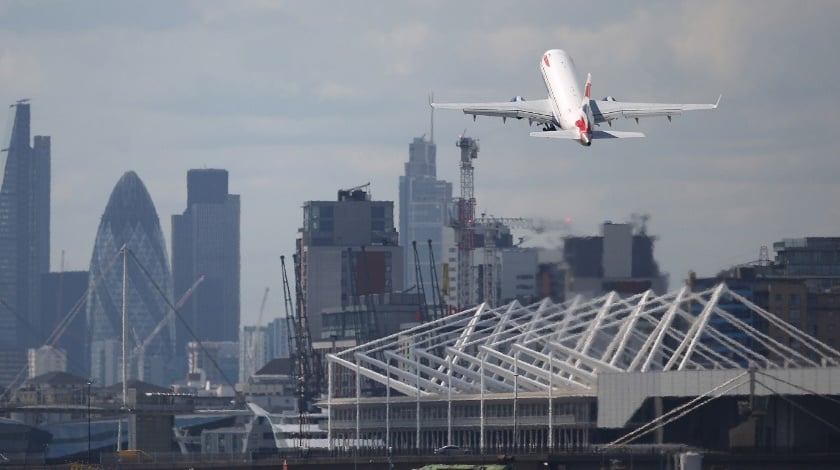 All five of London’s main airports will be “completely full” by the mid-2030s, and four of them within a decade, according to updated aviation demand forecasts published by the UK government.

Transport minister Chris Grayling said that the forecasts “also show us that the north-west runway scheme at Heathrow is the one which delivers the greatest benefits soonest”.

He made his comments while launching a consultation on the revised draft Airports National Policy Statement and the UK government’s response to the airspace consultation.

Grayling said: “This time last year, the government selected a new north-west runway at Heathrow as its preferred scheme for delivering much-needed new airport capacity in the south-east.

“This was a move made in the national interest – to spread the opportunity to travel and trade throughout the UK, through more flights between our global aviation hub and our regional airports.”

The minister added: “Heathrow Airport themselves have been working with airlines to bring down the cost of the proposed scheme, in line with the ambition I set out to keep landing charges as close as possible to current levels.

“Now that the select committee has been reconstituted, we remain on track to bring forward a final Airports National Policy Statement for a vote in this House in the first half of next year.”

Grayling said that a third Heathrow runway “continues to offer the greatest choice in terms of destinations and frequency of vital long-haul routes.

“Heathrow handles more freight by value than all other UK airports combined and it has superior connections to the rest of the UK through road, rail and domestic flights.”

The government has launched a short period of consultation on the revised draft Airports NPS to allow people to consider the updated forecasts, alongside other new evidence which was unavailable at the time of the initial consultation.

Said Grayling: “This includes the National air quality plan which was published in July 2017. Updated analysis of this shows that the Heathrow north-west runway scheme can be delivered without the UK breaching its air quality obligations.

“We will continue to ensure that if expansion goes ahead at Heathrow, it is delivered according to air quality obligations through a suitable package of mitigation and policy measures.”

Amid industry calls for a broader UK aviation strategy, Grayling said that the government will “look beyond a potential new runway at Heathrow,” and will set out “an ambitious long-term vision for the sector, which will support economic growth across the whole of the UK”.

In addition to considering how the UK can make best use of existing capacity at all airports around the country, it will look at any future need for new capacity away from Heathrow, whilst tackling environmental impacts.

Grayling stated: “The impact of noise from aircraft is a national issue, and alongside the initial consultation on the draft Airports NPS, we also consulted on proposals to support modernisation of the way UK airspace is managed.”

“Gatwick is going from strength to strength as the world’s busiest single runway airport. In particular, we have seen a big increase in long haul flights at Gatwick over the last 12 months – including new services to Singapore, Buenos Aires and Taipei announced or commenced – as aviation continues to change fast.

“We continue to offer a credible privately-financed runway plan to the Government.”