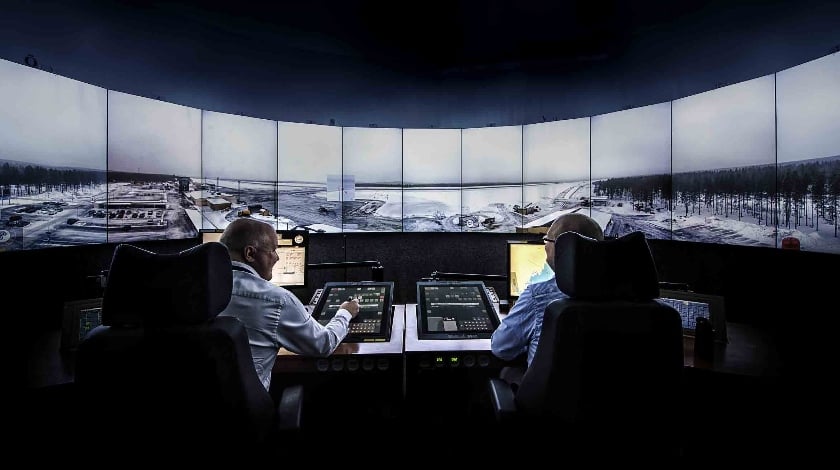 London City Airport (LCY) will be the first in the UK to have its air traffic control (ATC) functions controlled remotely.

From 2019, control of aircraft using the airport will be handled from 70 miles away at the Swanwick, Hampshire HQ of the UK’s air navigation service provider, NATS. Controllers there will use 360-degree high-definition cameras and sensors mounted on a newly constructed ATC tower at LCY.

A live feed with a panoramic view of the airfield will be sent via secure fiber connections to a new NATS control room at Swanwick.

The new tower will be developed by Saab Digital Air Traffic Solutions of Sweden. Several airports in Sweden are already remotely controlled in this way.

LCY will make a multi-million pound investment in the new tower, part of a £344 million ($448 million) expansion of the airport that will include extensive growth of the terminal building and a new taxiway.

The new 50-meter (164 ft.)-high tower at LCY will have 14 high-definition and two pan-tilt-zoom cameras. Together, these will provide a 360-degree view of the airfield in a level of detail greater than the human eye.

Controllers will be able to utilize a range of viewing tools such as high-definition zoom and enhanced visuals, which provide detailed views of activity on the airfield, including close-up views of aircraft movements along the 1,500 m runway, with pan-tilt-zoom cameras that can magnify up to 30 times for close inspection.

They will also have real-time information, including the ability to overlay the images with weather information, on-screen labels, radar data, aircraft call signs, or to track moving objects.

The images of the airfield and data will be sent via independent and secure super-fast fiber networks to Swanwick, where the new control room for LCY will include an audio feed from the airfield and radar readings from the skies above London.

Construction of the new 50 m-high digital tower will begin later this year. It will be completed in 2018, followed by more than a year of testing the remote concept.