Long-Looming Pilot Shortage May Be Near 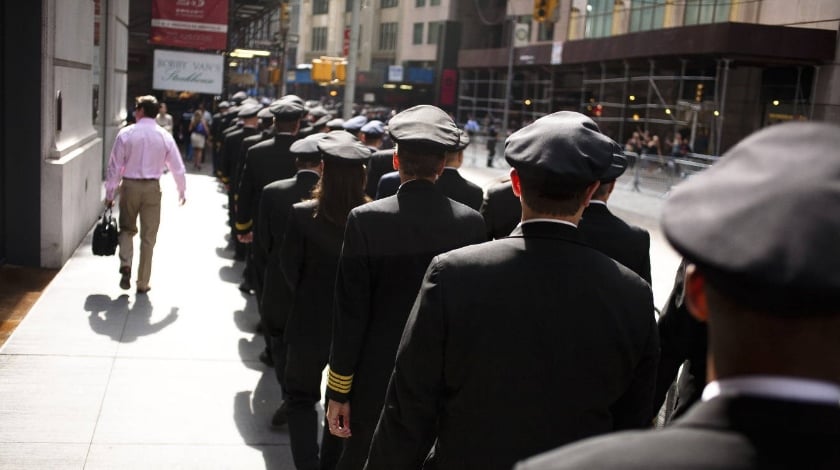 A worldwide shortage of pilots – forecast for more than 15 years – has so far failed to materialise, but there are worrying signs.

Simulation and training company CAE points out that US regional carriers, seen as a source of pilots by the majors, cannot expand and often have to drop schedules or routes because they cannot crew their aircraft. That is despite the fact that carriers can draw on a supply of pilots furloughed during recent economic downturns. CAE predicts that many more airlines will be forced to take up sponsorship of future pilot training and recover the cost through a longer bonding period.

Meanwhile, in the USA there are indications that a career as a professional pilot, whether civil or military, is becoming less attractive to young people.

John Illson, senior vice-president certification services at PRISM (Professional Resources in System Management), notes that applications to the US Air Force Academy are down 21%, and only 38% of people on an aviation degree course in the USA end up wanting to be airline pilots.

EasyJet’s head of crew training, Capt Eddie Sproul, says the industry can ease the situation by improving pilot retention and appealing to a wider base of applicants. One obvious approach, he says, is to make an aviation career more appealing to women.

However, now that the European Aviation Safety Agency flight time limitation maximums of 900h/year have become an airline target, work/life balance is more difficult for pilots, and Sproul predicts that airlines will have to accommodate applications for part-time working or face losing pilots – both men and women – to other jobs or other carriers.

EasyJet has launched its Amy Johnson programme to attract women trainees, and also enables any of its employees to apply to be considered for pilot training.

UK-based training organisation CTC says that, at present, only about 10% of applicants for pilot training are women. Julie Westhorp, chair of the British Women Pilots Association (BWPA), says that raising the profile of women in aviation is a hard task, but one that certainly needs doing. “Nothing would please me more than to close the BWPA because it wasn’t needed any more,” she says.