Long Wait is Over as SaudiGulf Begins Operations 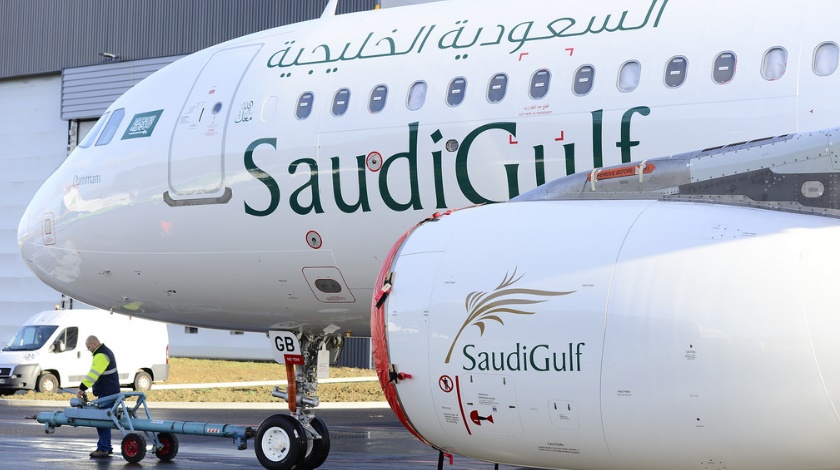 SaudiGulf Airlines – the first of the new airlines to have been awarded the licence to operate domestic routes in Saudi Arabia – has finally begun its operations with flights from its base in Damman to Riyadh.

The first flight yesterday followed a special commemoration at the Damman Airport.

Tariq Bin Abdelhadi Al Qahtani, chairman of the airline said, “I thank the leadership of the Kingdom of Saudi Arabia for their continued support, wisdom and guidance. I also thank the Minister of Transport for his support to national companies in fulfilling their part in the development of air transport in the Kingdom, and specifically for his diligent interest in the progress of the licensing of SaudiGulf Airlines.”

Al Qahtani said the launch coincided with an increasing demand for air transport services in the Kingdom, due to the rapid growth of the Saudi Arabian economy. “The main driver behind the birth of the SaudiGulf Airlines project was to contribute towards boosting air transport capacity both domestically and internationally, at exceptional service levels for the entire travel cycle,” he said.

Al Qahtani claimed the new airline will offer a new level of service in the Kingdom. “Passengers will experience quality and comfort based on the essence of true Saudi Arabian hospitality throughout the entire travel Journey, from booking, to check-in to onboard. SaudiGulf Airlines will be the new national carrier, raising the Saudi Arabian flag high up on the global aviation stage,” he said.

Both routes are operated with a fleet of four brand new Airbus A320 aircraft all fitted with the latest technology in-flight entertainment systems, and the highest features for comfort and safety. The company is expecting further new aircraft orders late next year.

The first international flight from Dammam to Dubai is also being planned for the first quarter of 2017.

“On the ground the experience will include Arabic coffee service at the airport and dedicated ground service personnel,” he added.