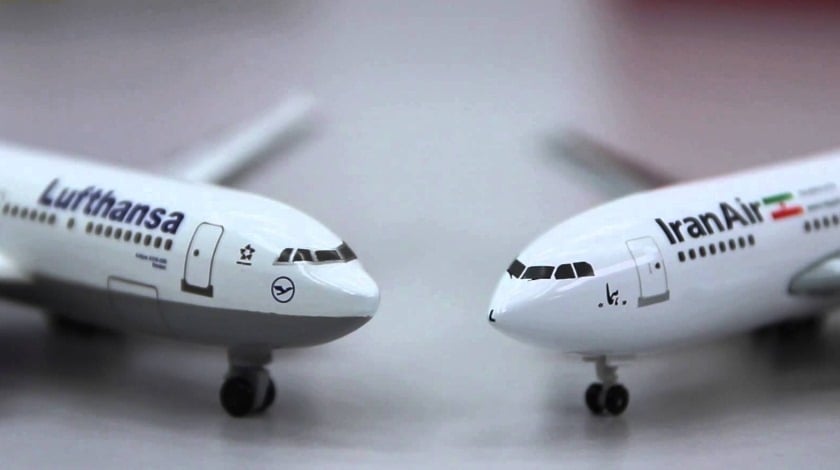 Lufthansa and Iran Air have signed a memorandum of understanding (MOU) to increase cooperation between the two companies as they explore “further business and partnership opportunities.”

Reports from Iran have talked of Lufthansa Group’s assistance in several areas, including corporate restructuring and IT, but Lufthansa spokesman Boris Ogurslky said further details were covered by a confidentiality agreement.

“We have closely followed political developments regarding the lifting of sanctions, in particular the recent decisions by the European Union, US and Canada to remove barriers to trade and commerce. The Lufthansa Group is assessing the implications of the lifting of those sanctions on our business.”

Iran has recently signed major deals for the acquisition of Airbus and ATR aircraft. Due to sanctions, Iran has an older civil aviation fleet and has experienced several fatal crashes in recent years.

Lufthansa has maintained flight links with Iran during the period when links between Iran and the US were barred. The German flag carrier operates a daily Frankfurt-Tehran flight plus a 3X-weekly Munich-Tehran service, while another member of the Lufthansa Group, Austrian Airlines, flies from Vienna to Iran 10X-weekly.

“We’re looking to expand our regional offering in the Middle East,” Ogursky said. “As a global company, we follow a long-term investment plan and are always interested in new opportunities.”

Asked about reports that another member of the Lufthansa Group, Lufthansa Technik, was considering opening an MRO base in Iran, he again declined to comment but noted that “as we’re speaking for the Group, [the MOU] could be valid for other businesses as well as the passenger business.”