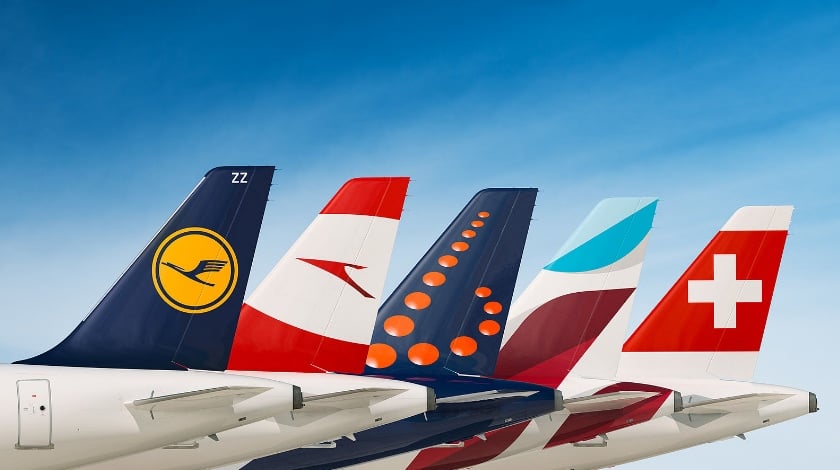 The airlines of the Lufthansa Group have so far welcomed around 121 million passengers on board their aircraft in 2017. The seat load factor this year remains on a record course of 81.1 percent.

In November 2017, the airlines of the Lufthansa Group welcomed around 10.1 million passengers. This shows an increase of 32% compared to the previous year’s month. The available seat kilometers were up 22.3% over the previous year, at the same time, sales increased by 25.6%. The seat load factor improved accordingly, rising two percentage points compared to November 2016 to 77.8%. The strong growth in comparison to last year is among others caused because the pilots union called for strike on six days in November 2016.

Cargo capacity increased 8% year-on-year, while cargo sales were up 9.4% in revenue tonne-kilometer terms. As a result, the Cargo load factor showed a corresponding improvement, rising 0.9 percentage points in the month.

The Network Airlines Lufthansa German Airlines, SWISS and Austrian Airlines carried 7.6 million passengers in November, 20.5% more than in the prior-year period. Compared to the previous year, the available seat kilometers increased by 12.7% in November. The sales volume was up 16.1% over the same period, raising seat load factor by 2.3 percentage points to 78.3%. The increase in seats offered also accounts for the measures taken by Lufthansa Group to compensate for the elimination of Air Berlin from the market and partly reestablish the former capacities.

Lufthansa German Airlines transported 5.4 million passengers in November, a 27.4% increase compared to the same month last year. A 15.7% increase in seat kilometers in November corresponds to a 21.2% increase in sales. Furthermore, the seat load factor was up to 79.3%, therefore 3.6 percentage points above the prior-year’s level.

The Lufthansa Group’s Point-to-Point Airlines – Eurowings (including Germanwings) and Brussels Airlines – carried around 2.5 million passengers in November. Among this total, 2.2 million passengers were on short-haul flights and 224,000 flew long-haul. This amounts to an increase of 88.2% in comparison to the previous year. November capacity was 115.2% above its prior-year level, while its sales volume was up 119.7%, resulting in an increased seat load factor by 1.6 percentage points of 75.2%.

On short-haul services the Point-to-Point Airlines raised capacity 82.8% and increased sales volume by 96.8%, resulting in a 5.3 percentage points increase in seat load factor of 74.1%, compared to November 2016. The seat load factor for the long-haul services decreased 9.6 percentage points to 76.9% during the same period, following a 201.9% increase in capacity and a 168.5% rise in sales volume, compared to the previous year. The number of passengers on long-haul flights of the Point-to-Point Airlines in November was 241% higher than one year before.