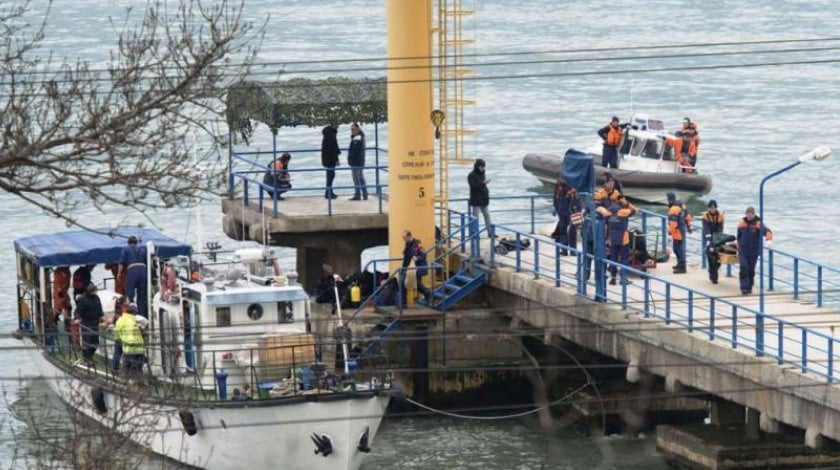 The flight data recorder of the Tu-154 plane of the Russian Defense Ministry that crashed in the Black Sea on Sunday has been pulled from the water, a law enforcement source told TASS.

The main flight data recorder of the crashed Tu-154 plane will be taken to the Central Scientific and Research Institute of the Air Force in the Moscow Region in the coming hours, according to Russia’s Defense Ministry:

“The main flight data recorder was found at 5.42 a.m. some 1,600 meters away from the coast at the depth of 17 meters by the Falcon search apparatus.”

The Russian Defense Ministry’s Tu-154 plane crashed into the Black Sea minutes after takeoff from Sochi’s airport, killing 92 people on board. The plane was en route to Latakia, Syria, transporting 64 members of the world-famous Alexandrov Ensemble army choir, humanitarian workers and several media crews to take part in Christmas and New Year’s celebrations.

The Russian Defense Ministry said that fragments from the Tu-154 disaster had been discovered some 1.5 kilometers off the coast of Sochi at depths of 50-70 meters. None of the passengers on the flight survived. “After examining the recovered fragments of the plane, no signs of an explosion or a fire have been detected,” the source said.

“The four main versions are an engine being hit by a foreign object, substandard fuel that caused the loss of thrust on and eventually stopped the engines, the pilot’s mistake and the plane’s technical failure,” Russia’s Federal Security Service earlier said.