Multi-Crew Pilot Licence. What Do We Know? 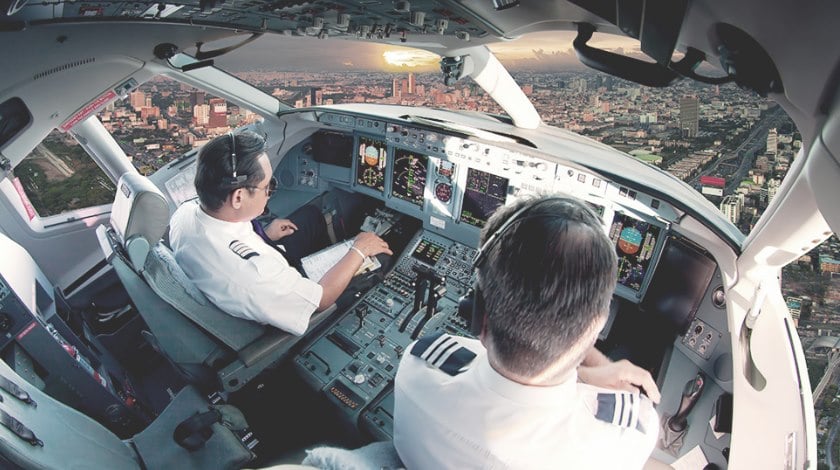 Aviation training is the backbone of the aviation industries. On top of it all, it has never been as diverse as it is today with aviation training institutions so eagerly encouraging young generations to pass through the door to aviation.

Aspiring future pilots can opt out from multiple programmes, integrated courses, separate modules and many other options. Anything one considers to be the most suitable and affordable to get an appropriate licence and take the right place in the cockpit. No doubts, it is a difficult task to pick the right and the most efficient pathway to grow the pilot wings. So, we offer relevant information on the two ways to open your gate into aviation.

What is trending on the market?

In case you want to operate commercial aircraft, currently one of the most effective and quickest ways to complete flight training and secure yourself with a job at an airline is to choose an Airline Transport Pilot Licence (ATPL) programme. This is an intensive training programme designed for those with no previous flying experience and desiring to become First Officers on multi-engine commercial aircraft and continue their career moving to Captain‘s seat.

Notably, the same ATPL programme is the foundation of trending Cadet Programmes which are carried out by training institutions in partnership with airlines. Such a training model has already proven to be advantageous and is being actively incorporated into the activity of more and more airlines around the globe. You can be wondering what makes this programme so beneficial.

Here is the answer: a student can be certain about their future job, an airline is able to monitor the student’s progress and get involved in any training phase while a training centre shapes its further expertise in the field by preparing new generations of aviators.

Nevertheless, there is one more programme sometimes referred to as a separate type of Cadet programmes, called Multi-Crew Pilot Licence (MPL), although this also airline-mentored route is not as widely exploited as the Cadet programmes mentioned above. Feeling confused? Let’s make it clear.

Multi-Crew Pilot Licence. What is it?

The aim of the MPL training course is to provide a student with a multi-crew pilot licence (MPL) by training one to the level necessary to operate as a co-pilot in a multi-engine, multi-pilot, turbine-powered commercial air transport aeroplane under visual flight rules (VFR) and instrument flight rules (IFR).

According to the International Air Transport Association, as for October 2017, there were 39 MPL programmes run by Approved Training Organisations worldwide, mostly in cooperation with airlines from Europe and Middle East. Referring to some more statistics, up to October 2017 there were 4,669 MPL students with 2,643 MPL graduates.

Practical training. The flight phase of the MPL programme consists of 4 stages:

So, in total, the MPL training scheme secures a student with the minimum of 240 hours of practical training and can maximally be extended up to 404 hours depending on the course duration and the airline needs.

Areas of the competence after training. If a student completes MPL training programme, they are expected to have an advanced level of skills needed to operate and interact as a co-pilot of a multi-pilot turbine powered aeroplane under visual and instrument conditions.

Commonly speaking, the students will have to be able to: apply human performance principles, including principles of threat and error management; perform aeroplane ground operations, take-off, climb, cruise, descent, approach, landing as well as after landing and aeroplane post-flight operations.

What makes the MPL programme exceptional?

In fact, MPL programme combines Ab Initio training, Type Rating training and training courses undergone at the airline company. Just like ATPL course, the MPL programme is also carried out in a close cooperation with an airline, although with a stronger commitment of a student to an airline. The programme is specifically tailored to the airline requirements and needs, keeping in mind the type of aircraft it operates. Thus, initially it was not allowed for a student to move from one operator to another during training. Meanwhile, the students were taking a risk when applying for this programme.

Nevertheless, not that long ago the Professional Aviation Pilot Training Policy Group (ATPG) has succeeded in achieving a milestone regarding the regulations on the MPL programmes. This regulation has been changed and European Aviation Safety Agency made it effective immediately.

In case a student faces difficulties or is unable to complete MPL training due to such reasons as airline bankruptcy or MPL programme suspension, one may apply to a competent authority for a solution. There is a possibility to pass a theoretical knowledge examination and pass a skill test to acquire not the MPL licence, but another licence and Instrument Rating (IR). Nevertheless, this could be completed only if the applicable requirements are met.

All in all, choosing the right training path is the key step towards becoming a pilot. But at the same time, no matter which programme you choose, hard work and strong determination are the key elements. Just keep in mind, if you are passionate about flying, there has never been a better time to become a pilot!