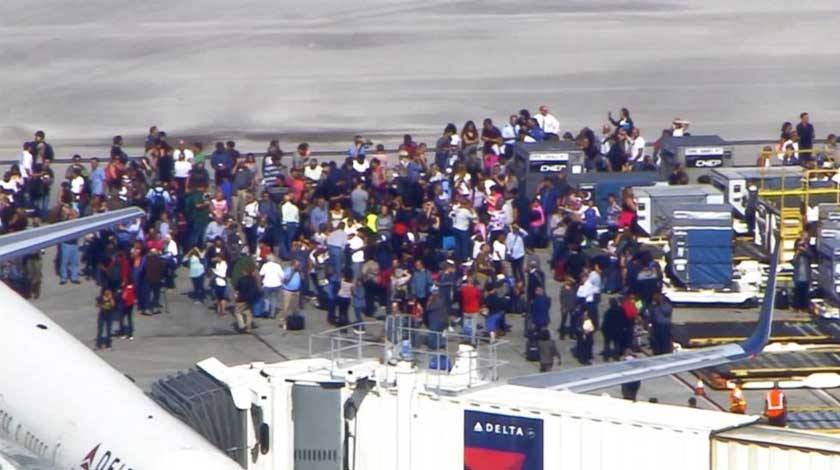 A shooter killed “multiple people” at Fort Lauderdale-Hollywood International Airport on Friday before being taken into custody, officials said.

The Broward County Sheriff’s office tweeted “multiple people” had died and one person was in custody.

The shooter appeared to be a man in his 20s wearing a Star Wars T-shirt who was shot by police as he attempted to reload, MSNBC reported, citing unnamed witnesses.

Security officials corralled passengers underneath jetways and on the runway apron, according to images on cable news networks.

Ari Fleischer, a former press secretary for U.S. President George W. Bush, said on Twitter shots were fired and “everyone is running.”

“All seems calm now but the police aren’t letting anyone out of the airport – at least not the area where I am,” he said.

A woman tended to a bleeding, seated man outside an airport building, according to a photo posted on Twitter by a Michigan information technology company.

The Broward Sheriff’s Office received a call at about 12:55 p.m. local time about shots fired at 100 Terminal Drive at the airport, the department wrote on Twitter.

All services were temporarily suspended, the airport’s Twitter feed said.

Florida Governor Rick Scott was traveling to Fort Lauderdale to be briefed by law enforcement, his office said in a statement.

The FBI’s Miami office was “aware of the situation” and in contact with local authorities, a spokesman said in an email. No further information was immediately available.