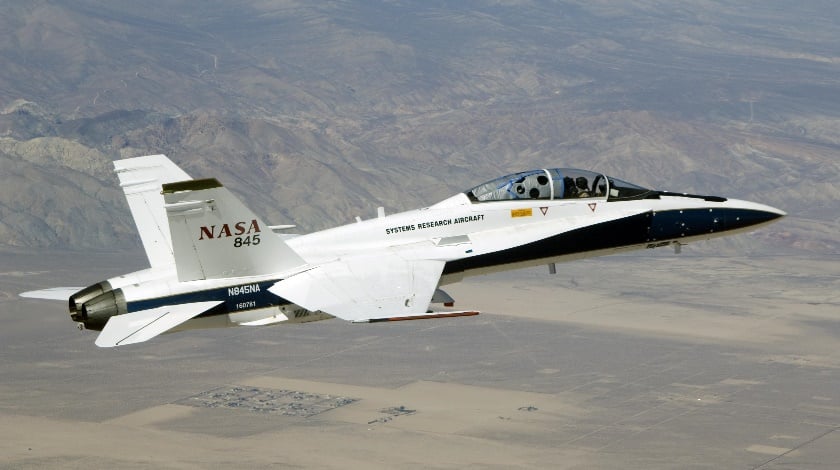 This month, a research program called SonicBAT II (short for Sonic Booms in Atmospheric Turbulence), is set to begin to help understand sonic booms and how to reduce the noise associated with supersonic flight.

The program is a partnership between NASA’s Kennedy Space Center in Florida, Armstrong Flight Research Center in California, Langley Research Center in Virginia and Space Florida, with the ultimate goal of developing viable passenger aircraft capable of flying at supersonic speeds.

“We’re hoping we can eventually lower sonic booms to a low rumble,” said John Graves at NASA Flight Operations in Kennedy’s Spaceport Integration and Services. “The goal is to eventually accommodate jets that can fly from New York to Los Angeles in two hours.”

To begin the program, NASA researchers will study the effects of low-altitude turbulence on sonic booms by flying F-18s at supersonic speeds from the Shuttle Landing Facility (SLF) at the Kennedy Space Center. The F-18s will fly several times daily for about two weeks beginning on August 21.

This is the second round of tests for SonicBAT. The first round was conducted at Edwards Air Force Base. “For the upcoming tests, F-18 jets will fly offshore from Daytona at about 41,000 feet,” Graves said.

“They will fly south, diving down below to around 32,000 feet and accelerating to supersonic speeds to create a sonic boom that will reach the ground where the test equipment is located.” A small, motorized glider will collect sonic boom data from above 14,000 feet.

Once the F-18 testing is complete, NASA will turn its focus to developing a “Low Boom Flight Demonstrator,” which the researchers hope will create a soft thump rather than a loud boom during supersonic speeds.