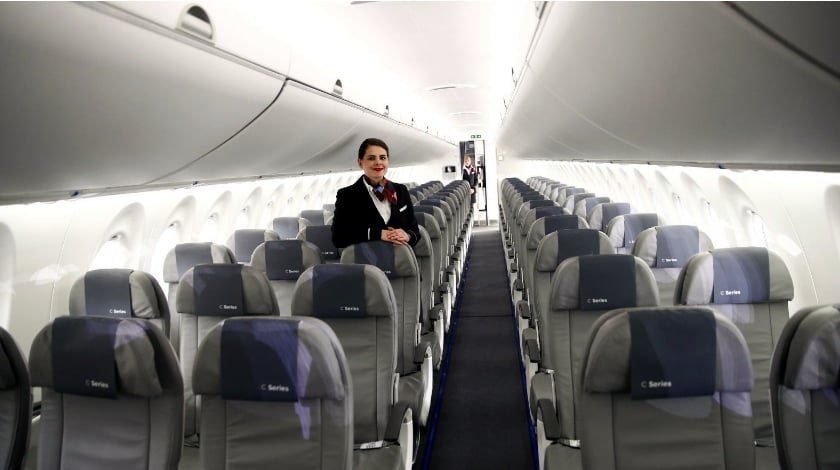 All-you-can-fly subscription service OneGo launched on Feb. 1, providing its members with unlimited service on 500 commercial routes around the US for a flat monthly rate of $2,950. Cheaper regional plans include 35 routes in the West, 158 routes in the East, and 35 routes in the central US starting at $1,500 monthly.

OneGo books tickets for its members—who also have to pay a $495 signup fee—on airlines including Alaska, American, Delta, United, JetBlue, and Virgin America. It’s the latest extension of what’s sometimes known as the subscription economy, where one-off purchases are bundled into recurring charges with more-or-less unlimited usage—other examples include Netflix, Spotify, Amazon Prime, and much of the software and computer hosting industry.

You’d have to be a relatively heavy-duty domestic US traveler for OneGo’s roughly $36,000 in annual charges to represent a cost-savings. The idea is that those who join OneGo will, “just naturally fly more,” Paulius Grigas, its founder and CEO.

“With all-you-can-eat kind of services, people eat more,” he said. OneGo is also emphasizing the convenience of booking through its iPhone app, and not having to worry about the price of each individual trip.

All-you-can travel services have cropped up in the US in recent years. Others include luxury membership airlines Surf Air, Beacon, and Rise, which provide flights in California, between New York and Boston, and in Texas, respectively. OneGo differs from these carriers in that it does not own or charter planes and simply books commercial flights for frequent travelers. It’s more like a travel agent crossed with Netflix, and as a result offers more national service.

This marks a shift in the subscription-based air travel market, which has grown slowly but surely in the US since the launch of Surf Air in 2013. The California-based membership airline was founded to expedite the Silicon Valley-to-Los Angeles flight for hundreds of commuters every day.

That meant cutting airport security lines and ticketing out of the travel process, Surf Air co-founder Wade Eyerly told Fast Company in 2012. The service bought a small fleet of single-propeller planes and signed up 500 members, each of whom paid $1,000 a month. Today, Surf Air provides service to 12 cities in California, and charges a minimum fee of $1,950 a month.

“You’re looking at an airline built for frequent fliers,” Eyerly told Fast Company in 2012, before Surf Air launched. “There’s no data that says what will happen when their per-flight costs drop to zero. The only way to get it is to fly.”

Everly, who left Surf Air in 2014, started Beacon last year. Beacon currently costs slightly less than Surf Air, starting at $1,750 a month. The cost reduction can in part be attributed to Everly’s decision to charter planes for Beacon, rather than purchase them as he had at Surf Air.

Texas-based Rise, which starts at $1,650 a month and offers service to five cities in Texas, is similar to Surf Air and Beacon. Its website emphasizes efficiency and luxury, harkening back to the Golden Age of flying.

How do the economics of OneGo’s service work out? According to its website,” the consolidated buying power of OneGo’s customers allow us to obtain better pricing that we can then pass on.” During the initial period, all flights must be booked at least seven days in advance, and only economy seats are included.