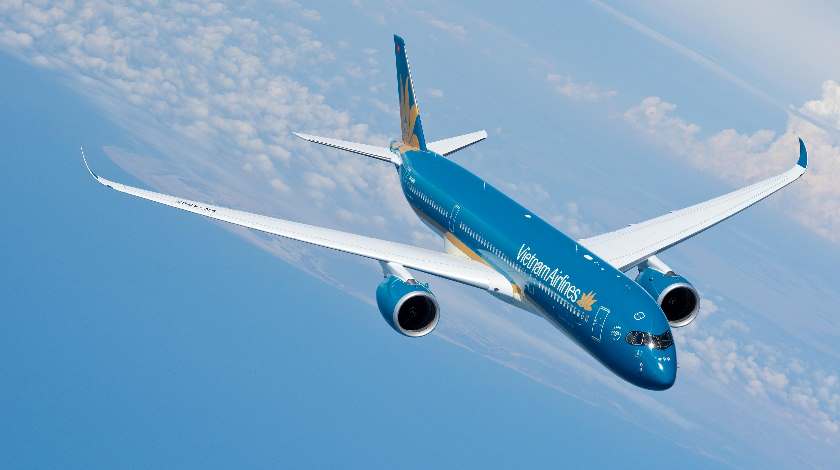 “The file of application for the two licenses of Skyviet is valid and it meets the requirements on capital, aircraft and organizational structure,” said Vo Huy Cuong, Deputy Chief of the Civil Aviation Administration of Vietnam.

Skyviet may get the two licenses in mid-April 2016, 30 days after receiving a business registration certificate from the Department of Planning and Investment of Ho Chi Minh City.

In the structure of the VND300 billion charter capital of Skyviet, Vietnam Airlines contributed 51% with the assets currently managed by the Vietnam Air Services Company (VASCO), including spare parts of ATR72-500 aircraft, reserve engines of ATR72 aircraft (VND99.2 billion) and VND53.7 billion in cash.

The two remaining shareholders are TECHCOM Capital with 48% of the charter capital and Techcomdeveloper with 1% of charter capital. Both of them are subsidiaries of Techcombank.

It is not easy for “newcomers” to vie for market share when the three big names as Vietnam Airlines, Jetstar Pacific and VietJet are already planning to expand.

Established on the basis of inheriting and acquiring infrastructure and existing resources of VASCO, Skyviet can fly immediately after getting the licenses, with a fleet of 10 ATR72 aircraft.

This is also the reason that the process for getting licences for Skyviet was more favorable than the route of more than 2 years for the Vietstar Airlines Multirole Corporation (Vietstar Airlines).

The Ministry of Transport has recently asked the Prime Minister’s permission to grant an air transport license to Vietstar Airlines.

Vietstar was established in 2010 by the Air Defense Arm of the Ministry of Defense. The carrier was granted a general commercial aviation business licence in June 2011, providing air services for economic, social and tourism purposes, aircraft repair and maintenance and airport service.

The three major shareholders of Vietstar Airlines are the A41 Aircraft Repair Company, the VietStar Aviation JSC and Tin City Fast Delivery JSC.

According to audited financial statements by December 31, 2015, Vietstar had equity of VND652.7 billion (over $30 million) while the minimum capital for airlines with passenger and cargo transport services must be VND700 billion (nearly $35 million).

The Ministry of Transport recently had to hold a press briefing to clear up some questions around the granting of an aviation transport business licence for Vietstar Airlines.

Regarding reports that the company is said to lackan additional VND47.3 billion ($ 2.1 million) to reach the minimum capitalization of VND700 billion required for an airline, as per government Decree 30 issued in 2013, the ministry said the company’s audited financial report to December 31, 2015 showed owner’s capital has reached VND700 billion. However, as all the capital has been invested in the company’s operation and it has yet to earn any revenue, it is running a profit deficit of VND47.3 billion.

The ministry added that if the Prime Minister approves the licensing of Vietstar, the company will have six months to complete its papers.
Vietstar has committed to adding capital to meet the requirement if it receives the PM’s approval, the ministry said, stressing that the licence would only be issued when the business fulfills all requirements stipulated in Decree 30.

The market is not closed yet

“Given the nature and scale of the fleet, the participation of the two new airlines will not affect the aviation market in the next 3-5 years,” said Lai Xuan Thanh, Head of the Civil Aviation Administration of Vietnam (CAAV).

In its business plan, Skyviet will continue to exploit the ATR72 aircraft to/from airports in the localities that cannot welcome narrow body jets (Con Dao, Ca Mau, Dien Bien, Kien Giang), with passenger transportation in the first 9 months of 2016 of only 465,659 people, Then it will increase to about 650,338 passengers in 2018.

It is expected that the new company will have profit right from the first year and it will increase gradually in the coming years. VASCO’s profit for the period 2016 – 2018 will be VND1.9 billion, mainly from advertising, selling souvenirs, charter and small aircraft services.

Meanwhile, in the first five years of operation, Vietstar Airlines plans to operate a fleet with only one Boeing 737 and an Airbus320 so its impact on the local aviation market will be modest.

Thanh said the key players in the domestic aviation market in the next 3-5 years will be Vietnam Airlines and VietJet Air.

According to the CAAV, with the market of about 113 million passengers and 2.8 million tons of cargo in 2020, it is not easy for the “newcomers” to vie for market share when the three big names of Vietnam Airlines, Jetstar Pacific and VietJet plan to expand their fleets.