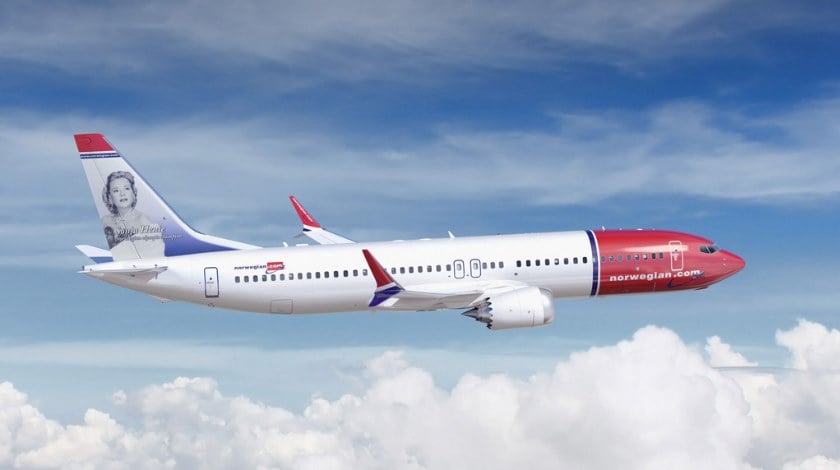 Norwegian CEO Bjorn Kjos is considering placing a follow-on order for more Boeing 787-9s in “a couple of years,” which he would use to expand its London Gatwick operation.

However, Kjos cautioned that this growth depends on Norwegian securing more slots at the south London airport, which would require a second runway to be built. Heathrow and Gatwick are both battling to secure an extra runway, a decision that rests with the UK government.

Norwegian operates nine 787s, eight of which are the smaller -8 variant. With the airline’s current order book, this will grow to a total 787 fleet of 40 aircraft over the next three years. Some of these aircraft are leased.

Speaking to ATW on the sidelines of the Aviation Club lunch in London on March 17, Kjos said Norwegian would ideally like to operate 50 787s from London Gatwick. This will require a fresh order.

“That is just Gatwick. We would like to operate at least 50 Dreamliners from Gatwick, provided we have the slots. We need another runway,” he told ATW. In a statement issued shortly after the lunch, Norwegian added it was also willing to add 100 short-haul aircraft to its Gatwick base. Norwegian is Gatwick’s third largest airline.

“This is by far the most significant and positive intervention by an airline in the expansion debate to date,” Gatwick CEO Stewart Wingate said.

When asked about whether Norwegian could acquire another airline to expand its Gatwick slot portfolio, Kjos replied: “I don’t think we can get that many slots, even if we acquire them [through another airline].”

Any follow-on order would purely be for 787-9s, rather than the -8 variant. “The -9 has a lower seat cost and we only go with seat costs,” he said. However, Kjos has no plans to dispose of Norwegian’s eight -8s. “We need them [-8s] to open new routes; they are very good for new markets.”

Norwegian’s order for 100 737 MAXs will also help with its long-haul expansion, as it plans to operate the twinjets on transatlantic services.