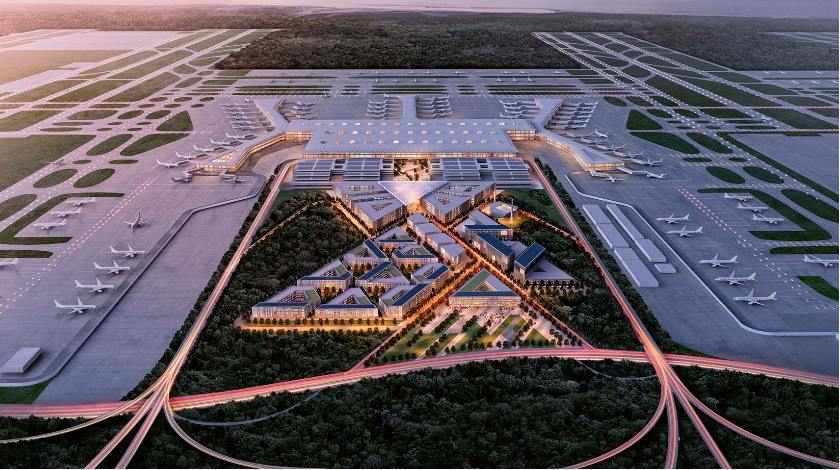 On Monday, Istanbul Airport officially opened its doors to travellers with two runways, stretching 3,750 and 4,100 meters long, going into service. Once fully completed, it is expected to become world’s largest airport.

It is projected to handle up to 90 million passengers by 2021, with further growth plans up to 200 million. For the comparison, the present world’s busiest airport, Hartsfield-Jackson Atlanta International Airport, handled 103.9 million passengers in 2017. Thus, the new Istanbul Airport is set to deal with a passenger traffic twice as big as in Atlanta last year.

Reuters report that the flagship carrier, Turkish Airlines, now says only some flights to Ankara, Izmir and Antalya, as well as international flights to northern Cyprus and Azerbaijan, will be using the new airport. Its other routes will remain at Ataturk for the rest of this year.

It was cleared that Ataturk Airport will not lose its status of an airport, however, will be closed for commercial flights.

During the opening ceremony on Monday, Turkey’s president Erdogan highlighted the importance of the new aviation hub not only for the country itself but also for the whole region. Also, the president told that the airport will impact European air space as it will serve a number of intercontinental flights.

All the works at the airport are expected to be finished until 2028.