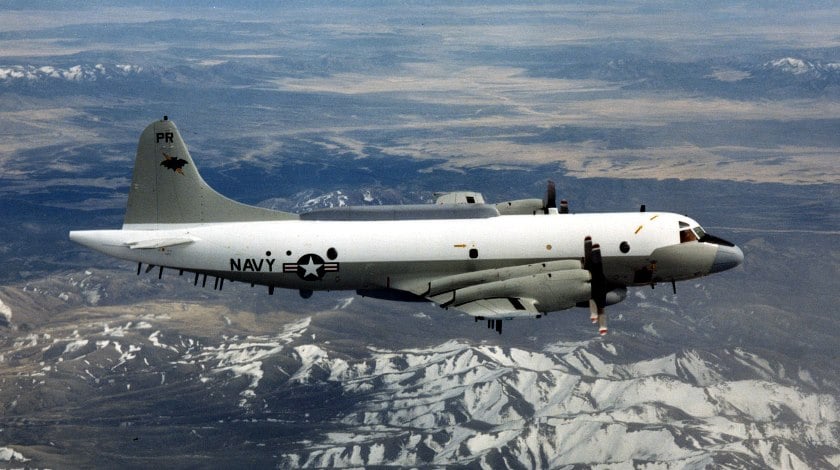 The Pentagon said Wednesday that two Chinese J-11 fighter jets intercepted a US EP-3 reconnaissance plane in “international airspace” above the South China Sea in a manner characterized as “unsafe.”

According to US defense officials, the Chinese jets came within about 15 meters of the US spy plane. Scenarios in which US spy planes face off against Chinese interceptor jets have become more frequent over the South China Sea. There is no absolute safety in this kind of interaction. In 2001, a Chinese fighter jet had a midair collision with a US spy plane, in which a Chinese pilot died. This incident caused a major diplomatic crisis between China and the US.

If the Pentagon continues its close-up offshore surveillance operations against China, as our military prowess increases, more interceptions can be expected. As a result, the odds of another collision will go up. But if there is a recurrence, the calamity and sensation it causes will be much bigger than in 2001, when the Sino-US relationship was not as intense as it is now.

The simmering distrust between China and the US will probably explode if there is another collision. It will be extremely difficult for both sides to control the risks and damage.

The Chinese public will no longer accept a similar result to the 2001 accident, in which the damaged US spy plane safely landed at a Chinese airport and the crew was sent back to the US without a scratch. Most Chinese people hope China’s fighter jet would shoot down the spy plane if it trespasses on China’s territory again. The rise of public sentiment will impose enormous pressures on the Chinese government to deal with the aftermath.

How both sides would respond if there were another midair collision will indicate their willpower to defend their own national interests. Neither side will compromise easily. A tit-for-tat confrontation would be the favored option for the people of both countries. Under those circumstances, it will be the first time that the two nuclear powerhouses would have their daggers drawn against each other.

However, for both governments, this touch-and-go scenario is the last thing they would want to see. Apparently, neither China nor the US is fully prepared for a full-scale confrontation.

Risk control should be a common agreement for China and the US. But so far there seems to be an impasse over this term: China insists that the US shouldn’t have deployed spy planes in the first place, but the US thinks China could have intercepted its plane merely to make a statement.

In any case, the US should step back first. The recent frictions took place in areas extremely close to China’s coastline. Although the US claims the area US surveillance planes fly over is “international airspace,” US fighter jets have actually posed a threat to China’s national security. In face of such aggression, every step China takes back ramps up the threat to its national security.

By intervening in the South China Sea dispute, Washington’s strategic aim is to defend its hegemony, while China’s purpose is to safeguard its national security. China’s standpoint is more legitimate than that of the US.

If Washington denies reasoning, then the South China Sea dispute will become a battle of strength between China and the US, and a game between Washington’s hegemonic ambition and Beijing’s commitment to sovereignty.