Pilot Fatigue: Can You Beat your Body Clock? 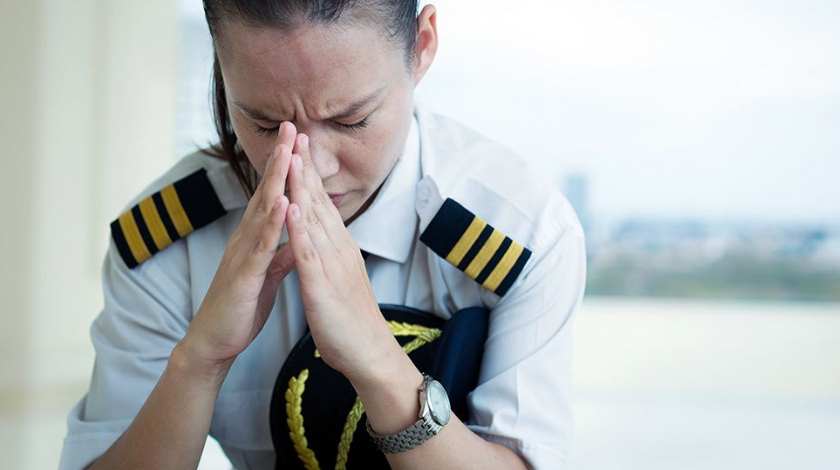 This new study comes at a time where air traffic is growing rapidly and pilots are increasingly being asked to fly up to the limits of what is legally allowed.

Moreover, fatigue in Europe’s cockpits has become an every-day and growing reality. It is estimated that pilot fatigue contributes to 15-20% of all fatal air accidents related to human error. Pilot and flight crew fatigue has been a topic of discussion for a while – what is the real situation in Europe’s airlines?

EASA on behalf of the EU Commission has just carried out a new study based on a real-life operation of 24 airlines in Europe. The EU-wide survey among 15,680 pilots and cabin crew identified two main ‘fatigue hot spots’ on board of Europe’s aircraft.

The study revealed the major shortcomings of flight time limitations (FTL), the rules governing the duration of flights, service time and pilot rest for night flights and disruptive schedules. The study found an increased probability of high fatigue levels during nights and duty periods with late finishes, among both pilots and cabin crew.

The duties of more than 10 hours at the less favourable time of the day and disruptive schedules became the biggest fatigue sources.

Notably, the study only covers Night Flights and Disruptive Schedules as these duties were top ranked on their impact on aircrew fatigue. EASA plans to continue the research and study the other 4 key issues identified in 2013.

According to the study, night flights, regardless of their length, cause excessive fatigue to the crew. Night duties (longer than 10 hours) were qualified as particularly stressful: “the results of this research phase highlight that prescriptive limits alone are not sufficient to prevent high fatigue during night flights.”

Night flights come out as particularly fatiguing. The current European FTL rules permit an 11-hour shift through the night – and up to 12:45 hours for a late-afternoon departure – with no breaks, but the need to be awake and alert throughout the flight.

The study has now demonstrated that not only very long night flights (10 hours or more) but all night flights, irrespective of their duration, lead to an excessive level of crew fatigue.

These research results are particularly relevant for airline long-haul operations, as the length of night FTLs determines how many crew members will be on board for many long-haul trips that include a night duty.

The second duty type and the other major source of fatigue the study researched is described as ‘disruptive schedules’. It mostly affects short-haul operations. Disruptive schedules are those when crew start early in the morning (e.g. at 05:00) or finish late in the evening / during the night (e.g. 23:00-01:59).

Handling consecutive blocks of such duties and the transition between them are routinely at the top of short-haul pilots’ concerns about fatigue and rosters.

The study confirms that these duties critically disrupt the human body clock and its wake-sleep cycle.

This study puts the spotlight on a well-known, well-researched and now operationally confirmed safety risk. Ever since the 1944 Chicago Convention (ICAO), crew fatigue has been recognized as a safety risk to air operations.

Replacing the hours your body needs to be asleep with the task of piloting an aircraft carries a very high fatigue risk which reduces the physical and mental ability to operate safely. A fatigued person may lose 80% of his/her attention capabilities and 70% of responsiveness. This risk must be taken seriously to prompt an immediate review of Europe’s flight time limitation rules.

The published results of EASA study comes as a wake-up call for European and national aviation regulators that it is impossible to beat the internal body clock. The potential safety repercussions of heavily sleep-disrupting night flights, early starts and late finishes are now clearly demonstrated.

Also, EASA is planning to review the rulemaking or safety promotion actions and the prioritization of rulemaking in its next safety programming cycle in 2020. In this process, EASA is planning to contribute with fatigue management experts from the Member States, industry stakeholders and the scientific community to define a new strategy to more decisively promote the use of resting opportunities in the context of night duties.

All these actions will bring more EASA support to air transport operators in their responsibility to manage fatigue.

Due to limited EU funding available, only 2 top-ranked duties were studied, the 4 other key issues identified in 2013, were not covered. EASA plans to continue the research and study the following four issues:

The research tender is expected in autumn, 2019, with the operational data-driven research expected to last for ca. 2-3 years (until 2023).