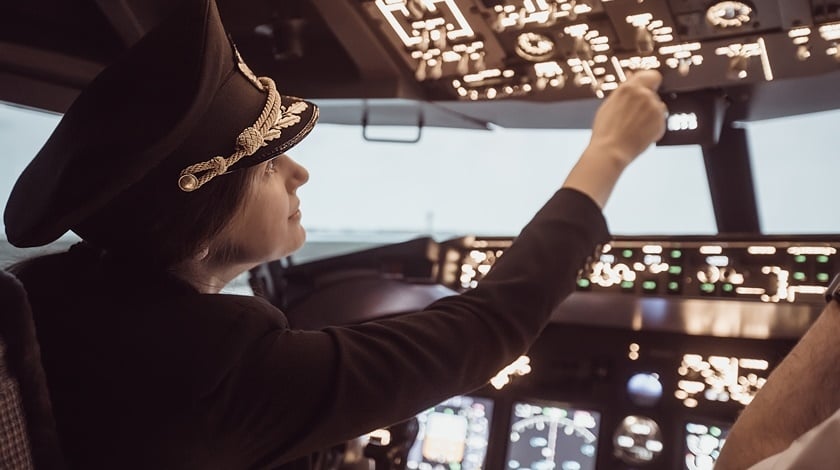 It is difficult to argue the fact that pilot’s job is one of the most dynamic ones in the world, indeed. So many young and passionate people are dreaming about the office 35,000 feet high in the air. High rewards, endless travelling opportunities, personal prestige. The list is too long to name all the entries.

However, there are two sides of the same coin. While some features make pilot career glittering, even more glittering than others, it does not eliminate such issues as stress, lack  of respect and value, and even fear of being replaced by technology.

What Motivates Pilots if Not Salary?

What motivates you at your workplace? What makes you strive to do more, to go extra mile? These are the standard questions every employer asks to get guidance on how to make their company the most desired place to be hired at.

The answers usually range from the spirit of a team, career growth opportunities up to, no doubts, competitive salaries. But when it comes to pilots, in particular, most of us, most probably, perceive their salary as the only possible answer.

However, the pilot survey recently conducted by GOOSE Recruitment and FlightGlobal has revealed some intriguing insights into the pilot profession. What motivates pilots then?

After questioning 1,336 pilots of all the ranks (captains, first officers, second officers and cadets), it became obvious that for older pilots (over 24 years old) the most important thing is not salary, so far. It is work-life balance.

Of course, the significance of money is undeniable, it was among the TOP 5 most motivating matters, but not the primary one. Apart from work-life balance and salary, pilots of all ages claimed company culture, training opportunities and career development to be the priority.

Why work-life balance then? The context suggests that the secret hides in the nature of pilots’ duties. Constant flights, rotating shift work schedule make it difficult for older pilots to have families and secure their beloved ones with a sufficient amount of time spent together.

Talking about younger professionals, they ranked company culture as the TOP priority, while work-life balance was the fifth matter concluding the list.

This is not surprising, though, differences in generations and the values cherished have their impact.

Which Airlines Were Voted the Best Employers?

The survey also included the question on the best airlines for pilots to work at. The exact number of choices was not revealed, but the report said that “pilots were only able to make one choice out of a large number of national, regional and international carriers”.

Thus, according to the results, the best carrier for the aviators is Lufthansa, the flag carrier and largest German airline.