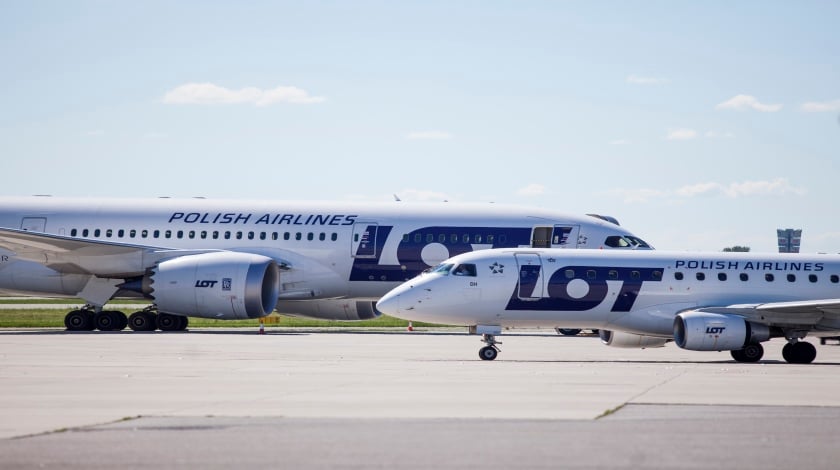 The first plane from Warsaw landed in Japan’s capital. LOT’s Dreamliner was welcomed by celebration for passengers at the airport.

The just launched Warsaw-Narita service is the first-ever and sole link between Poland and Japan and it provides a greater convenience for both Japanese and European passengers.

Direct flights from Warsaw to Tokyo should help improve relations between Japan and Poland, which are already strong, said Cyryl Kozaczewski, Poland’s ambassador to Japan.

He added the route is being created in response to growing demand in both countries.

Around 15,000 Polish tourists visited Japan in 2013, a 45 percent jump from the previous year. Meanwhile, the number of Japanese travelers to Poland in 2013 was 41,000, which is also on the rise, according to Polish airline officials

Poland’s national airline is a member of Star Alliance, as is All Nippon Airways, and flies to numerous cities in Europe, as well destinations in North America and the Middle East.

LOT will fly Boeing 787-8 Dreamliners between Warsaw and Tokyo.

The airline competes against the likes of Finnair and Lufthansa, which have more flights in and out of Europe, but Mikosz said he believes Poland’s accessibility will help attract new customers, including those who will only be using Warsaw as a transfer point.

“It’s difficult to compete with other airliners as access to Tokyo is relatively easy,” Mikosz said. “But we hope that comfortable direct flights will become our competitive edge.”

The service is being launched nearly a century after a Polish pilot flew from Warsaw to Tokyo and back again in a French-built Breguet 19 in 1926. Each leg took nine days.

“The flight connecting Warsaw and Tokyo will take only about 10 hours, depending on wind conditions,” Mikosz said.

LOT has a fleet of six 787-8 Dreamliners for its long-haul flights, including to Toronto and New York, and plans to add two new aircraft by 2017. LOT’s Dreamliners have 18 seats in its Elite Club, or business class, 21 in Premium Club, or premium economy, and 213 in economy class.

“Seats reclining to a full horizontal flat position that many carriers normally offer to passengers in first class will be available in our business class,” Mikosz said.

He said the flights to and from Narita will have cabin attendants who are fluent in Japanese.