Pratt & Whitney Defends Itself Over Claims From Qatar Airways 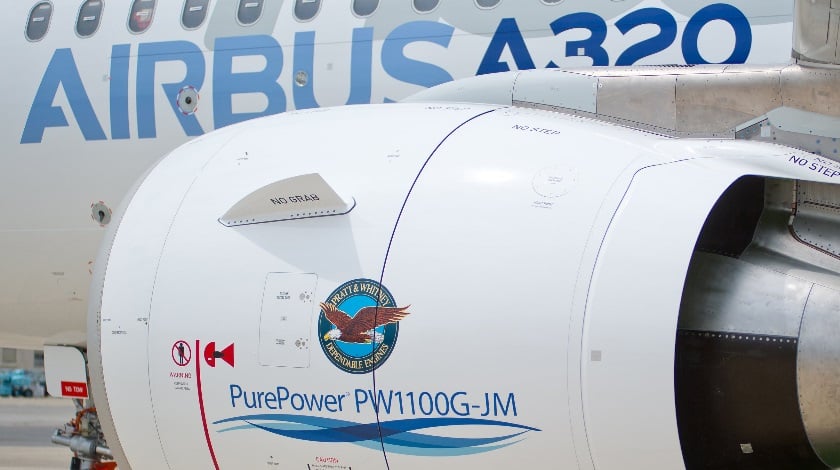 The Wall Street Journal and Reuters reported that Akbar Al Baker, chief executive of Qatar Airways, criticized the delays. He spoke with reporters on the sidelines of the International Air Transport Association annual meeting in Dublin.

Airbus said it expects delays in deliveries of A320neo aircraft to be resolved by mid-year, Reuters reported.

Al Baker said the airline should have five A320neos in service by now as part of its agreement, according to The Wall Street Journal. He expressed concern whether Airbus could make necessary fixes and said deadlines have been missed, with some problems extending into next year.

Pratt & Whitney said in an emailed statement that Al Baker’s comments are “completely inaccurate and mischaracterize” the engine’s performance.

The Pratt & Whitney engine is fully certified, meets performance and contract specifications and has been delivered to three airlines, Pratt and Whitney said.

Production engines now shipping to Airbus include hardware and software improvements and solutions for the items are “well known and have been extensively covered in detail by the media,” the jet engine maker said.

Greg Hayes, CEO of United Technologies, told investor analysts April 27 that Pratt & Whitney is committed to more than 200 engines this year, most of which will be the so-called neo engine.

United Technologies has staked a lot on what it calls its geared turbofan engine. UTC has invested more than $1 billion over 20 years to research, develop and build the engine it promotes as saving fuel and operating more quietly than other jet engines.

Nick Heymann, an analyst at William Blair and Co., said in a note to investors that he continues to believe the commercial future for Pratt and Whitney’s engine “looks very bright.” But the financial returns and risks on the $10 billion engine program are expected to be challenging for at least the rest of this decade, he said.

The problem with the engine has largely been related to much longer cooling times than normal before engine start-up to avoid the risk of internal damage, Heymann said.

Qatar Airways is known in the airline industry “to be a particularly exacting customer,” but canceling an aircraft order due to performance concerns signals that an airline “has lost confidence in the aircraft configuration,” he said.

Pratt & Whitney said in February it’s making fixes to its Airbus engines after Al Baker threatened to cancel the order.

In addition, the current versions of Airbus’ twin-aisle A350 are facing bottlenecks as suppliers struggle to meet deadlines to supply seats and galleys. Bloomberg has reported an acceleration in A320neo deliveries is on hold as Pratt & Whitney fixes a turbine glitch, leaving completed single-aisle planes in Hamburg, Germany, and Toulouse, France.