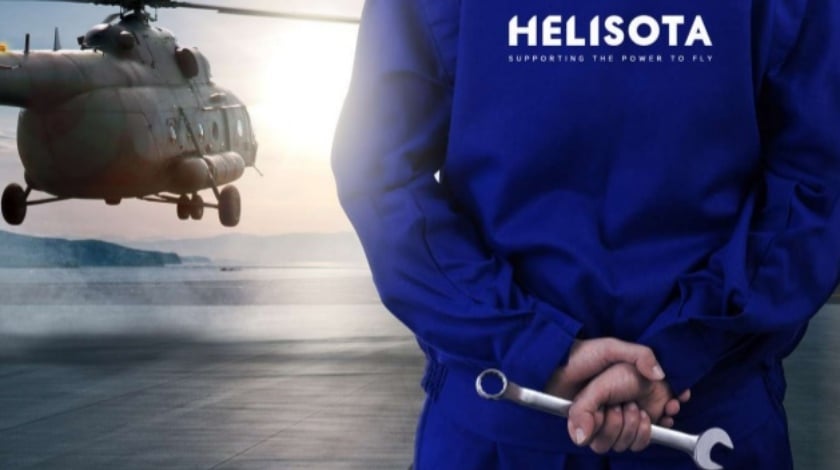 The Dubai Air last month proved a true fiasco for airplane manufacturers, as both Airbus and Boeing saw only one notable commercial deal of 30 aircraft placed by Vietnam carrier. On the vertical side of the industry, however, rotorcraft producers can for now rest assured about the immediate future simply because of the stable demand largely driven by the emerging markets. Nevertheless, operators in the growing economies still remain vulnerable as they pay too much attention to the purchase plans and less to the future maintenance programs.

According to the data collected from Airbus and Boeing, airplane orders during the period of January to October were almost 2 times lower for European manufacturers and 3 times lower for the Americans compared to the same period last year. At the same time, Honeywell statistics show that almost a quarter (23%) of helicopter operators worldwide is planning to increase rotorcraft utilization and there should be more than 5000 new machines delivered by 2019. To little or no surprise, North America aside, Latin American and MENA operators are leading the order race. After all, helicopters are great for regional air travel in less developed countries as thanks to the machines the need for costly development of infrastructure is greatly diminished.

“Without a doubt, regions with fewer airstrips including many mountainous areas are in search for more cost-effective solutions than those involving the need to build new airports Anatolij Legenzov, CEO of Helisota. After all, a helipad is the only thing you need after deciding you want to join the vertical club,” explains Anatolij Legenzov, the CEO of Helisota. “Nevertheless, settling down in a remote location also means having to face a brand new challenge in terms of maintaining of your helicopters. Insufficient consumables, long waits and AOG situations become a real hassle. Knowing that MENA, Southeast Asia and Latin America are where the demand is the highest, finding a reliable MRO nearby may be harder than expected.”

For instance, Southeast Asia has its helicopter hub in Singapore, where Airbus Helicopters, Bell and other major manufacturers are situated. Nevertheless, most operators conduct missions in geographically versatile as well as remote areas, meaning their bases are hidden in the region’s heart with limited access to the renowned facilities. Latin America has also seen MRO facility plans from Russian Helicopters as well as other manufacturers, but it seems like at least for now the talks will not result in actions any time soon. In addition, there are the issues of price and expertise to consider.

Therefore, the emerging regions are where the helicopter technicians are in the highest demand. For example, Southeast Asia alone needs 30 000 by the year 2033, while Latin America suffers a serious skill gap with only 1 out of 4 of all graduates receiving science or engineering degrees, let alone choosing a career in aviation. As a result, the biggest OEMs are forced to bring their own experts to the facilities and that translates into higher costs for operators. This, in turn, pushes them into seeking out alternative maintenance solutions.

“One of these definitely involves the exploitation of mobile maintenance teams, which can maintain and service helicopters and their components at a customer’s own base. This not only allows customers to track every step of the process, but also enables them to make strategic decisions along the way,” comments Anatolij Legenzov, the CEO of Helisota.

“In today‘s market, where every party is all about maintaining the lowest possible cost subject to high quality, contracting a reliable third-party maintenance and repair organization (MRO) to provide some or all of the maintenance services certainly has its perks. In the end, certified maintenance facilities that offer mobile teams with expertise in universal helicopters such as an Mi-17s can really save the day.”