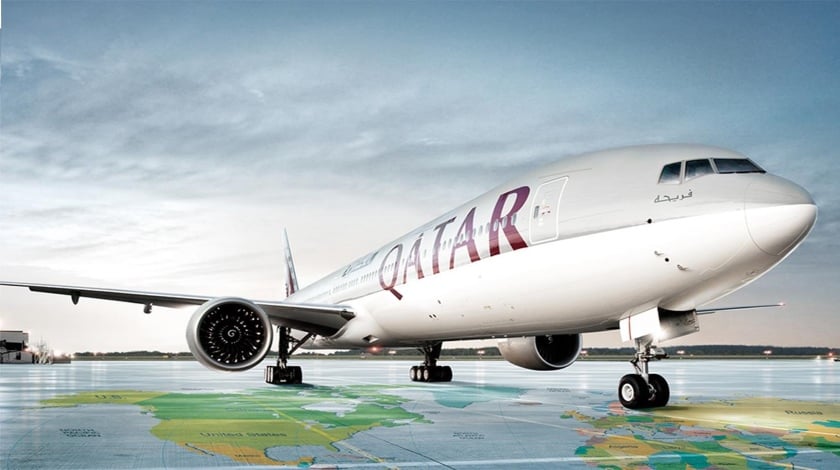 Qatar Airways first began flying to Italy in 2002 with a service from Doha to Milan. A year later, the airline launched direct service to Rome. In 2011, the award-winning airline started operating to Venice, and in 2016, Qatar Airways further strengthened its commitment to the country with a daily service to Pisa.

Since adding its fourth Italian destination, Qatar Airways has been operating 42 weekly flights from its home and hub in Doha, Hamad International Airport, to Italy. From 24 April Air Italy will also offer codeshare flights on all of Qatar Airways’ Italy to Doha services along with two further routes on the Qatar Airways network to Singapore and Male.

Qatar Airways Group Chief Executive Officer, His Excellency Mr. Akbar Al Baker, said: “We are pleased to be announcing this codeshare with the newly-launched Air Italy. The new agreement will provide seamless connectivity for Qatar Airways passengers arriving at our Italian gateways, onto further domestic destinations, enabling them to explore this beautiful country.

“This codeshare between Qatar Airways and Air Italy demonstrates the strengthening ties between Italy and Qatar; two countries that share many economic affiliations.”

In 2017, Qatar Airways acquired 49 per cent of AQA Holding, the new parent company of Air Italy. Italy’s long established privately owned airline was previously known as Meridiana, however, in February this year, the airline announced a new phase of growth and development, starting with its brand new identity and livery as Air Italy.