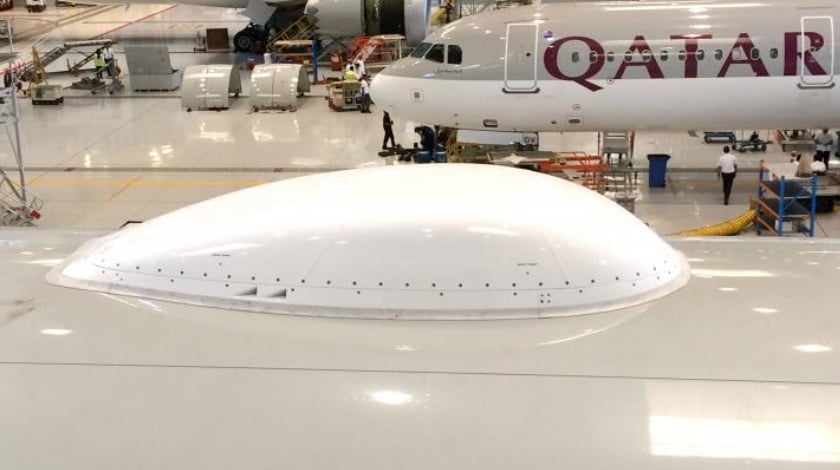 Permission for the retrofits follows the award to Inmarsat of a supplemental type certificate from the European Aviation Safety Agency to retrofit the GX Aviation terminal to Qatar Airways’ Boeing 777s, along with the associated wiring and placement of wireless access points and servers.

Qatar Airways’ latest Airbus A350-900s have already had GX Aviation installations equipped on a linefit basis and the system is awaiting activation on these aircraft.

Retrofit installations have already begun on several of the airline’s Boeing 777s in advance of the service activation of GX Aviation on Qatar Airways widebody aircraft later this year, following an inflight test campaign throughout the carrier’s global route network.

Qatar Airways’ maintenance teams will perform the retrofit installations on the rest of the airline’s 777s during each 777’s next scheduled maintenance interval.

In June, Inmarsat announced that Qatar Airways would be the first Middle Eastern carrier to offer GX Aviation HTS communications services to passengers. The airline plans to install GX Aviation on more than 130 of its widebody aircraft.

“This is the first STC to be attained and managed solely by our team at Inmarsat, and taking this momentous step with one of the world’s leading carriers has strengthened our position as a key player in the inflight connectivity market,” says Leo Mondale, president of Inmarsat Aviation.